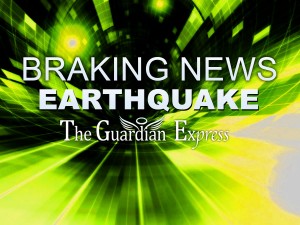 Breaking News: Kamaishi, Japan was rocked by an extremely violent earthquake this morning off the coast of northeastern Japan. It shook buildings as far as Tokyo and led to a tsunami warning for coastal areas of the northeast.

Again this tremendously strong earthquake centered off the coast of northeastern Japan. A tsunami warning for coastal areas of the northeast, public broadcaster NHK said on Friday.

The earthquake had a preliminary magnitude of 7.3, the US Geological Survey said. That was revised from an earlier estimate of 7.4.

A warning for a one meter tsunami was issued for the coast of Miyagi Prefecture in northeastern Japan, which was hit by a devastating earthquake and tsunami on March 11, 2011.

Japanesse offical say they expect that their coast will be hit with a tsunami. Warnings have been issued. been issued.

While we were in the process of publishing this article a 6.2 magnitude quake has just shaken approximately 218km SE of Ofunato, Japan.

No reports as of yet detailing damage or loss of life. However, officials are expecting a tsunami.