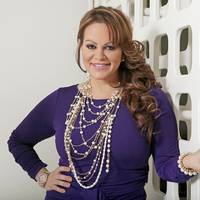 Authorities believe they have found the wreckage of a plane that carried Mexican-American singer Jenni Rivera.

The plane originally fell off the radar shortly after 3 am Sunday morning about 61 miles from Monterrey, where the singer performed on Saturday night.  Her death hasn’t been officially confirmed (the singer’s Wikipedia page reports her death as December 9, 2012) however Mexican officials say there are no apparent survivors.  Six other individuals, including two pilots, were also thought to be on board the plane, before it lost contact with air traffic controllers.

For those of you unfamiliar with Ms. Rivera, the Mexican star was recently named one of People En Espanol’s 25 most powerful women. In 2010 she appeared in and produced the reality TV show Jenni Rivera Presents: Chiquis & Raq-C (featuring her oldest daughter) and is also the star of I Love Jenni, a reality show that aired on Telemundo’s mun2 last year.  She is a judge on the “The Voice, Mexico,” (it was scheduled to air Sunday night, but Televisa aired a special report on Rivera instead.)

Rivera was born in Long Beach, California, to Mexican immigrant parents. Known as much for her troubled personal life as well as her singing (Rivera was a single mom at the age of 15), the 43-year-old mother of five released her debut album in 1999.

She has since sold 20 million albums worldwide for her original Mexican ballads and was nominated for a Latin Grammy Award in 2002 in the category of “Best Banda Album.” Her claim to fame in the U.S. primarily came about in 2008 after her tenth studio album Jenni became her first number-one album in the Billboard Top Latin Albums chart in the US.

Her music seemed to reflect her personal life and often focused on themes of social issues, infidelity, and relationships. Rivera was married three times, her first marriage (in 1984) to Jose Trinidad Marin ended in 1992 (In 2006 Marin was convicted of rape.)  Rivera on her end soon became a spokeswoman against domestic violence.  A proclamation was given “officially naming” August 6 “Jenni Rivera Day” by the LA City Council for her charity work and involvement in the community.

Less than a week ago the star signed a contract with ABC for her own multi-camera family comedy sitcom which was (is) to be entitled Jenni. It was to be produced by Broadway producer Robert L. Boyett and Robert Horn (of Designing Women fame).

According to ABC, the show was to focus on Rivera as a “strong, middle-class, single Latina woman working to raise a family using unique parenting skills, while struggling to run a family business and navigate her extended, co-dependent relatives — all while fighting the cultural perception that she needs a man to do it.”

For more details/updates about the plane crash:

Mexican Superstar Believed Dead; Just Who Is Jenni Rivera? added by nmlorde on December 9, 2012
View all posts by nmlorde →