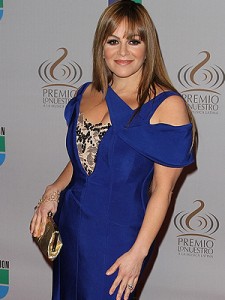 An aircraft crashed in the early hours of Sunday after crashing, while traveling from the city of Monterrey Toluca airport. According to civil protection authorities of Iturbide, the private plane would have crashed in the mountains of the municipality.

According to preliminary reports, private aircraft, identified as a Lear Jet 25 U.S. N345MC sea, collapsed, and who would have mentioned that the flight scheduled in the jet is the singer Jenni Rivera.

It is reported that Jenni left Monterrey at 3am to Toluca. Jenni Rivera has not tweeted anything about it, because in case of a false report, she would have to leave to deny, for the sake of his followers. Which is already shocked and concerned about the life of the singer.

“You have started an official search and are in contact with the SCT and other authorities. We will be posting “said Televisa Press.

The plane in which the singer was traveling disappeared this morning, after taking off from the city of Monterrey, Nuevo Leon, where he had a presentation, confirmed the Ministry of Communications and Transport.

The agency said the aircraft, with registration LearJet N345MC Starwood Property Management Company, took off in Monterrey, Nuevo Leon, and was bound for Toluca airport.

Jorge Domene, director of Social Communication of Nuevo Leon, said no one has reported any findings resulting from the research done in the area between Linares and Tamaulipas.

Rivera was recently named one of People En Español’s 25 most powerful women and is also the star of I Love Jenni, a reality show that aired on Telemundo’s mun2 last year.