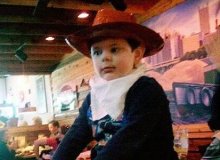 In western Pennsylvania a young seven year old boy was shot and killed by his father’s own handgun as he was buckling himself into his car seat. As this tragic incident is investigated as an accident still can’t help but say that this incident is reckless behavior on the father’s part. The father Joseph V. Loughrey, 44 of Sharpsville was returning to his car with his son after trying to sell two guns at a nearby gun store whom unfortunate for Mr. Loughrey doesn’t buy guns. So as Mr. Loughrey and his son were returning to his truck, and he Mr. Loughrey who says he didn’t know his handgun still had a bullet left in the chamber. Something Lt. Eric Hermick says, “This happens all too often where people think the gun was empty,” he says referring to gun owners “forgetting” that there is still a bullet in the chamber of their gun when it misfires. Still, it is no excuse, a gun loaded or not loaded should be treated as if it is loaded just for precautions. Guns misfiring have occurred all too often in recent times. As innocent lives are taken and in this case its Mr. Loughrey’s seven year old son. Yes we have the right to bear arms but where is the responsibility. Mr. Loughrey should have taken better precautions and treated his gun as if it were loaded or better yet not have taken his son to the gun store. Then this tragic event could of possibly been avoided.

It was while Mr. Loughrey and his son were getting into his truck and as he the father Joseph first loaded his rifle and afterwards attempted to put his handgun into the center storage console when it fired. Shooting his son in the chest, Craig Allen Loughrey never had a chance as he died at the scene. Mr. Loughrey would later be questioned by state police who said he was cooperative and distraught. The incident is being investigated as an accident but Mr. Loughrey could still face charges of manslaughter and negligence, Lt. Hermick told the Pittsburgh Post-Gazette.