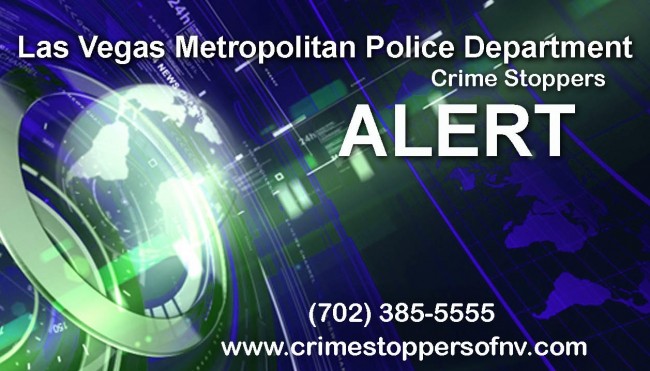 Contact Robbery Sergeant Steve Candelas, (702) 828-3591
During the month of January, 2013, a Black male suspect and a Black female suspect confronted a female victim that was walking into a local hotel on the Las Vegas strip. The suspects tried to rob the female victim and caused minor injuries during the attempt. The suspects fled the crime scene in what is believed to be a white 4-door 2002 or 2003 Nissan Maxima bearing Utah license plates that start with the letters Z45???. The Black male suspect is described as being in his 20’s and it would appear as though he has braided hair and/or pony tails. The Black female also appears to be in her 20’s.
Anyone with information is urged to call the Las Vegas Metropolitan Police Department, Robbery Section, at (702) 828-3591, or to remain anonymous, call Crime Stoppers at (702) 385-5555 or visit www.crimestoppersofnv.com. Tips directly leading to an arrest or an indictment processed through Crime Stoppers may result in a cash reward.