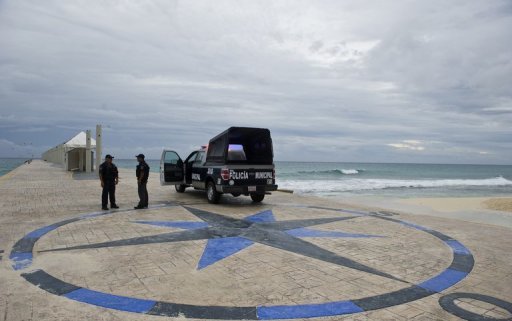 Mexico- The Attorney General of Quintana Roo, reported that it appears the commander of the Tourist Police in Playa del Carmen, Ramon Gaiters Xicoténcatl, was identified as responsible for the alleged violation of an Italian national tourist in a Caribbean resort. The two Mexican police officers have been arrested. Officials said this is the second rape case in a Mexican tourist spot this month. Authorities are also searching for a senior police officer that fled after allegedly taking part in the sexual assault.

The incident happen at 4:00am on February 12, in an alley between two clubs in Playa del Carmen resort Quintana Roo state prosecutor’s office said in a statement yesterday. Both, along with Commander Ramón Xicoténcatl Gaiters were identified by the Italian citizen as his assailants after leaving a nightclub.

Commander Ramón Xicoténcatl Gaiters got away.

The victim said the tourist police officers raped her after she and her companion refused to hand over 3,000 pesos (USD 231). The couple had gone into the alley to urinate after

Coming out of a club. 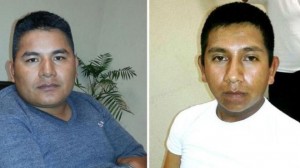 ‘(The suspects) detained her, and these young men caught (her) when she was in an ‘inconvenient’ state and took (advantage of the situation), or rather, took advantage of her,’ said Carlos Bibiano Villa Castillo, Quinata Roo security secretary, when she spoke to Mexico’s Foro TV.

“The cops are taking the statement and try to blame the commander that he was referring to whoever held. Yet the facts and information including what efforts according to expert forensic reports that we had the participation a second, “said Gaspar Garcia Torres, attorney general of Quintana Roo.

‘We were obviously very concerned after we learned about the alleged rape. That’s why we immediately launched an investigation,’ Salmeron told CNN.

The attack came one week after six Spanish tourists were gang raped by gunmen who stormed their beach bungalow in the Pacific resort of Acapulco. Six men were arrested and confessed to the crime, authorities said.

Mexico was stunned earlier this month when gunmen raped six Spanish tourists in the Pacific resort of Acapulco.

Acapulco has been hit by a wave of drug gang crime in recent years but tourists had been relatively spared from the violence until then.
Playa del Carmen and the other Mayan Riviera resort of Cancun have been relatively safe from Mexico’s crime wave.
Less than two weeks later, the Mexican attorney general announced that six suspects had “fully confessed” to the rapes.

The attorney Gaspar Garcia Torres ordered a purge of the police forces of Quintana Roo.

“To have reliable police, for that we are in the tenor of which are being evaluated through tests of control and confidence,” the attorney Quintana Roo.

While the two officers were already behind bars for insubordination, a municipal police major who is also implicated in the rape managed to flee before he could be arrested, the state AG’s office said.

He announced that the authorities are working hard to achieve the capture of the alleged violator of the tourist and have sought the cooperation of authorities in other states of the Mexican Republic, as well as citizens.

“I hope this generates confidence, tourism course, realize that we are as responding authorities. And their complaints are immediately met with quick results,” the attorney Gaspar Garcia Torres.

The citizen of Italy who was sexually abused and was discharged.

One Response to "Mexico: Italian tourist raped by Mexican Cops"