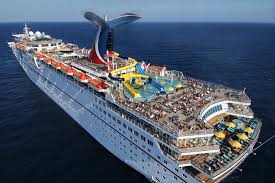 Discount cruise line, Carnival, is facing another public relations nightmare as they work to fly passengers from a failed Caribbean vacation back to Florida.  The cruise ship Dream has been anything but as the ship suffered a generator failure while docked in the tropical paradise.

Power went out Wednesday night and toilets stopped working; passengers were not allowed off the ship, regardless of the fact that the ship was docked in a port at the time.  The ship was undergoing a routine testing of the emergency diesel generator and a malfunction reportedly occurred.

Even though power was eventually restored, the Dream was still unable to leave Philipsburg, St. Maarten, the eastern Caribbean port where it was originally disabled.

Carnival said in a statement, “While personnel continue to work on the technical issue we are making arrangements to fly all guests home via private charter flights and scheduled flights from St. Maarten. Guests on the current voyage will receive a refund equivalent 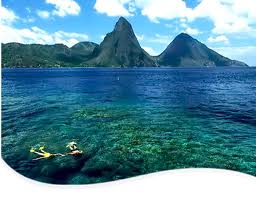 to three days of the voyage and 50 percent off a future cruise.  We are also canceling the ship’s next voyage which is scheduled to depart on Saturday, March 16.” (cnn.com)

At the time of the incident, there were 4,300 guests onboard along with 1,300 crewmembers.

Passengers contacted CNN Wednesday immediately after the problems began; more than likely in response in anticipation of the issues faced by last month’s disastrous cruise on the Triumph, and the days it took for Carnival to rectify the situation.  Gregg Stark told CNN, “There’s human waste all over the floor in some of the bathrooms and they’re overflowing — and in the state rooms. The elevators have not been working. They’ve been turning them on and off, on and off.” (cnn.com)

Passengers complained they received inadequate and inaccurate updates regarding the situation.  Originally, they were told the situation was not as bad as it eventually turned out to be.  Additionally, they were annoyed at not being allowed off the ship despite the fact that they were docked and unable to use the facilities on board.

Conversely, Carnival claims only one restroom was taken “offline” for cleaning based on overflowing and there was an additional request for cleaning of one guest cabin bathroom.

“Aside from that there have no reports of issues on board with overflowing toilets or sewage. The toilet system had periodic interruptions yesterday evening and was fully restored at approximately 12:30 a.m. this morning.” (cnn.com) 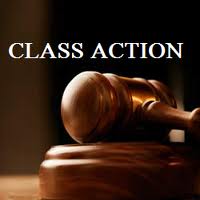 So, was this simply a case of over-zealous vacationers wanting to jump on the class action lawsuit bandwagon and get their piece of the pie?  I cannot think of a time where I have had a vacation gone wrong (or anything else) where I would think to call CNN to make a complaint.

Carnival is Proving they are no Fantasy Vacation when it Comes to Cruising – Another Cruise Ship Stranded added by dawn7 on March 15, 2013
View all posts by dawn7 →