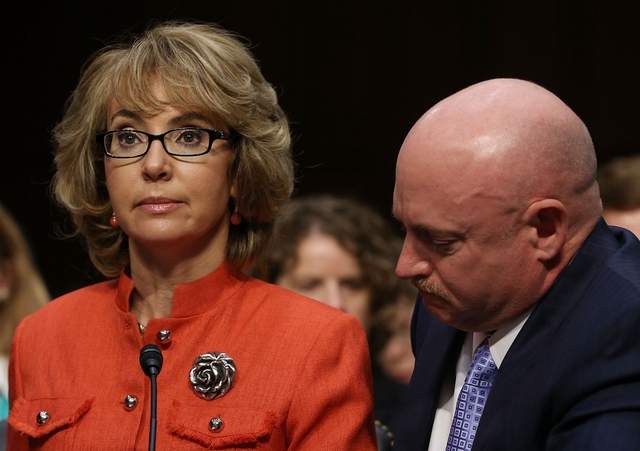 Pima County authorities have released an estimated 2,700 pages of records that could provide new insight into the Jan. 2011 shooting in Tucson which killed 6 people, and wounded 14 more including Representative Gabrielle Giffords.

The parents of Tucson shooter Jared Lee Loughner were very worried about him.  They took his 12 gauge shotgun away when he was dismissed from the community college, but that didn’t stop him from amassing an arsenal.

“Sometimes you’d hear him in his room, like, having conversations,” said his mother, Amy Loughner. “And sometimes he would look like he was having a conversation with someone right there, be talking to someone. I don’t know how to explain it.”

Journalists are going over the documents an blogging them as quickly as possible.  The Arizona Republic released this:

“Jared Loughner’s behavior was disturbing and erratic enough that his father began disabling his car at night to keep him at home in the months leading up to the January 2011 shooting at a supermarket near Tucson, according to the investigative documents released Wednesday.”

The Arizona Republic live-bloggers write that according to the documents, “Jared Loughner went to an old friend’s apartment on Christmas Eve in 2010 to show off a gun he had just purchased.”  He told this and another friend that the weapon was for “home self-defense”.

“When investigators met up with one of the young men at a Tucson Mexican restaurant, they learned that Loughner had tried to phone his old friend the night before the shooting and left a message that his friend had deleted,” the newspaper blog states. “The encounter on Christmas Eve at the Tucson apartment had left Loughner’s friend shaken, according to the reports.”

Another former Loughner friend, Zachary Osler, told police he worked at the store where the madman bought the Glock.  He said Loughner was shopping for the murder weapon when he ran into him about two months before the deadly shootings.

Loughner’s attack was halted by members of the crowd.  Had they not had the courage, he may have been able to use two more fully-loaded, high capacity magazines for his Glock 9-millimeter pistol which he carried in his pockets.  He initially got off 32 rounds in an estimated 30 seconds.  He also possessed a 4 inch knife, and had money, credit cards, and a driver’s license in his back pockets.