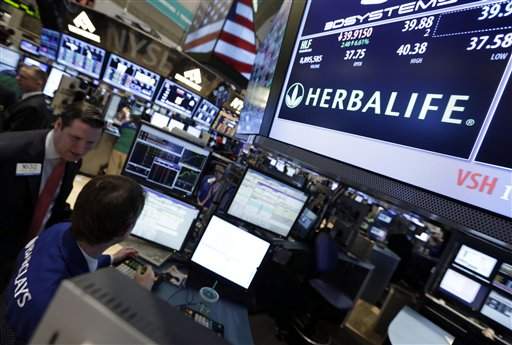 The Federal Trade Commission to investigate whether Herbalife (HLF) is a pyramid scheme. All Nicole Lopez wanted was a crack at the American dream and a chance to work at home closer to her kids. Instead, she got a nightmare, losing thousands of dollars after trying to sell Herbalife, which makes weight-loss shakes and nutritional supplements.

Earlier Tuesday, the National Consumers League released a letter urging the FTC to take action because the allegations against Herbalife could impact consumers. The group said it had met separately with representatives from Herbalife, Pershing Square and the Direct Selling Association, and concluded that an investigation is the best answer to determine whether Herbalife is a legitimate business or whether it operates a pyramid scheme.

Ackman alleged in December that Herbalife was a pyramid scheme and made a bet the stock would fall, arguing that the company makes most of its money by recruiting new salespeople rather than on the products they sell. Herbalife disputes that.
• Herbalife stock surges after Icahn grabs stake
• Icahn vs. Ackman: Investors take squabble to TV

“If you’re an honest person and you want to do an honest business, there’s no way you can succeed,” Lopez

said, sitting in the kitchen of her Utah home.

Unwilling to recruit other people to sell Herbalife, which is how most Herbalife reps make money, she quit after 11 months and lost the $10,000 she invested.

On Wednesday, Herbalife said in a statement “We regret that the National Consumers League has permitted itself to be the mechanism by which Pershing Square continues its attack on Herbalife.”

“We are pleased that the National Consumers League, the nation’s oldest and one of the most respected consumer protection organizations, has requested that the FTC launch an investigation of Herbalife,” Ackman released in a statement.

“We believe that a thorough investigation of Herbalife will reveal it to be a pyramid scheme that has harmed millions of consumers in more than 80 countries around the world.”
After a 10-month investigation into so-called multi-level marketing, CNBC found dozens of people with similar stories. Multi-level marketers sell products through a network of distributors, many of whom work at home and get paid by selling products, as well as recruiting other distributors.

Herbalife maintains that it is a financially strong company that has created meaningful value for shareholders.
Last month Herbalife Ltd. denied a media report that it was the target of a law enforcement investigation. At that time the FTC would not confirm or deny whether any government agency was investigating Herbalife.
“Allegations that Herbalife’s business model is a pyramid scheme are serious charges with serious consequences for consumers and those who are recruited to sell Herbalife’s products,” said Sally Greenberg, executive director at the National Consumers League. “The FTC is the federal agency with the right mandate and expertise to explore these allegations.” 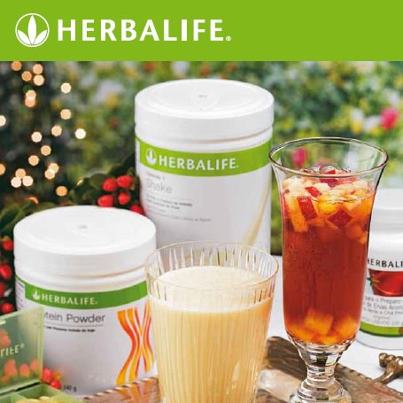 Many of the people interviewed discovered that selling the products was harder than they thought. After hitting up family and friends to buy products, sellers often resorted to spending hundreds and even thousands of dollars buying sales leads, which sometimes led nowhere. The real money, they found, is in recruiting others to sell the product, creating what’s known as a “down-line” of distributors. The more distributors they recruit, the more money they are likely to make, based in part on a combination of bonuses and commissions.

The debate has garnered the attention of Wall Street, with hedge fund titans now battling over Herbalife’s stock.

Herbalife shares finished Tuesday down 2.1% at $40.38. Another investor, Dan Loeb of Third Point LLC, has disclosed an 8.2 percent stake in Herbalife, a vote of confidence in the company.
Shares of Herbalife fell 23 cents to $40.15 in premarket trading Wednesday. Its shares have traded in a 52-week range between $24.24 and $73.
CNBC heard claims of thousands of dollars a month — even $10,000, $20,000 and $65,000. One featured speaker, Olga Valencia, a successful distributor, recalled how “my first car was a Mercedes that I bought with Herbalife.”

Herbalife strongly rejects criticism that the company is a pyramid scheme.

34 Responses to "Herbalife Under Investigation"