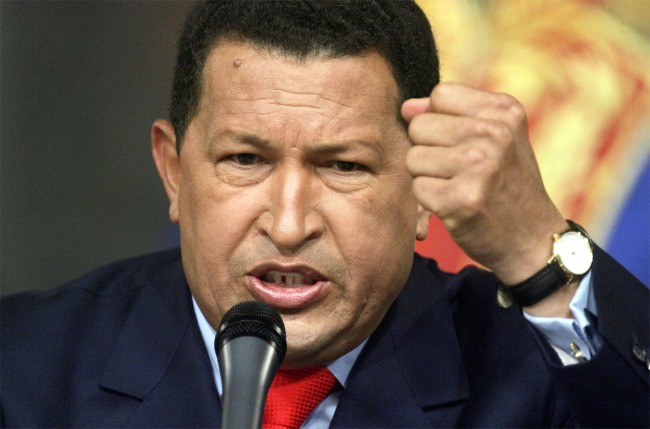 The Venezuelan President Hugo Chavez has been confirmed dead. After suffering from a severe infection which followed cancer surgery. Omnipresent face of the Latin American was breathing with the aid of a tracheal tube. He had neither emerged nor spoken in public in almost three months, leaving the oil-rich nation and the wider region on tenterhooks.

The 58-year-old Chavez made a surprise homecoming two weeks ago, with none of the fanfare and celebration that accompanied previous returns from treatment in Havana. Last month after being treated for cancer in Cuba, but has not appeared in public since.

His general state of health continues to be very delicate,” Mr. Villegas said. “Today, there exists a worsening of the respiratory functions…. Right now, he has presented with a new and severe infection,” the minister added. Many Venezuelans have been demanding full details about his health. “The president has been receiving high-impact chemotherapy, along with other complementary treatments… but his general state of health is very delicate.”

Officials have never identified the specific type of cancer Mr. Chávez was battling and few details were publicly known, about his medical condition. Mr. Villegas read out the latest brief update on national television.

Mr. Chavez, who had been in office for 14 years, is believed to have cancer in his pelvic area, but his exact illness has never been disclosed. He was re-elected for another six-year term, in October 2012, but the Supreme Court ruled that his swearing-in could be delayed, due to illness. Chavez suffered multiple complications after the, December 11 surgery, including unexpected bleeding and an earlier severe respiratory infection that officials said was under control.

On Friday, top government officials gathered at the military hospital where Mr. Chávez is being treated, to inaugurate a chapel and hold a service in his honor.
Chavez was born in Sabaneta, Venezuela on July 28, 1954 Hugo Chávez attended the Venezuelan military academy and served as an army officer before participating in an effort to overthrow the government in 1992, for which he was sentenced to two years in prison. After taking office in 1999, Chávez set out to change the Venezuelan constitution, changing the powers of congress and the judicial system. As a part of the new constitution, the name of the country was changed to the Bolivarian Republic of Venezuela.

Chávez found himself removed from power briefly in April 2002 by military leaders. The protests continued after his return to power, and led to a referendum on whether Chávez should remain president. The referendum vote was held in August 2004.

Throughout his presidency, Chávez has been outspoken and dogmatic, refusing to hold back on any of his opinions or his criticisms. He has particular hostility for the United States, which he believes was responsible for the failed 2002 coup against him. Chávez also objected to the war in Iraq, stating that he believes the United States abused its powers by initiating the military effort.

Chávez has sold oil to Cuba—a long time adversary of the United States—and resisted U.S. plans to stop narcotics trafficking in nearby Colombia. Chávez has threatened to stop supplying oil to the United States if another attempt to remove him from power should occur. He did, however, donate heating oil to help the victims of Hurricane Katrina and Hurricane Rita, which destroyed numerous fuel processing facilities.

Since 2011, Chávez has undergone three surgeries to remove cancerous tumors; the Venezuelan president reportedly discovered that he had cancer in June 2011, following a surgery to remove a pelvic abscess. In preparation for his third surgery in December 2012, Chávez acknowledged the severity of the operation as well as the possibility of not being able to continue his service as president, and named Vice President Nicolas Maduro as his successor.