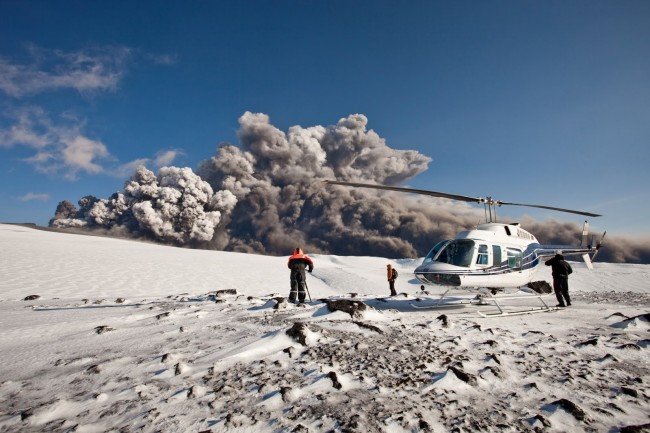 The eruption of Iceland’s Eyjafjoell volcano in April 2010 stranded more than eight million travellers as volcanic ash spread across Europe.  Is another volcano about to erupt?

Unusual seismic activity around the Hekla volcano has given Icelandic police the need to declare an “uncertainty level”, its lowest warning.  A series of earthquakes have been recorded in the area.  Hikers are advised to stay out of the area, although it is not forbidden at this time.

Hekla has been referred to in legendary tales.  It is said that condemned souls travel through it crater on their way to hell.

The Hekla volcano erupts about every 10 years.  The last time was in 2000. The smoke, ash, and lava flow continued for almost two weeks.

Hekla stands 4890 feet above sea level and appears to be another majestic snow-capped mountain.

Because of the activity, the aviation alert level has been raised to yellow.