As proponents claim the death penalty is a deterrent to violent crime. 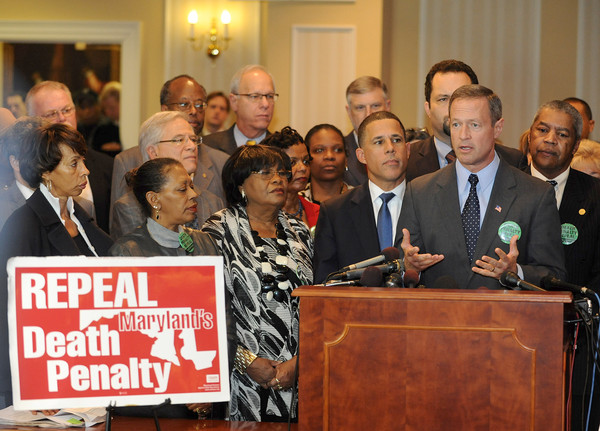 Legislators, both state and federal, disagree passionately about many issues.  One of the longest of these debates has been, “should the death penalty be applied to capital crimes”, and if so, “is it an effective deterrent”?

Like many others, I have vacillated through the years, dealing with emotion vs. logic.  Hideous crimes such as the slaughtering of innocent and very young children at Sandy Hook Elementary School push emotions to the limit.  If Adam Lanza had not taken his own life and received a trial, should he have been put to death?

Once my emotions subsided, I resorted to logic.

The United States is one of only four industrialized democracies that still practice capital punishment.  From the others, Japan and Singapore have executed prisoners, like the United States, while South Korea currently has a moratorium in effect.

Proponents claim the death penalty is a deterrent to violent crime.

Opponents argue that the death penalty is not an effective means of deterring crime, risks the execution of the innocent, is unnecessarily barbaric in nature, is levied disproportionately upon men, racial minorities, and the poor, cheapens human life, and puts a government on the same base moral level as those criminals involved in murder.

A second argument is the cost factor.  The convict is more likely to use the whole appeals process if the jury issues a death sentence than if it issues life without parole.  But others who contest this argument say that the greater cost of appeals where the prosecution does seek the death penalty is offset by the savings from avoiding trial altogether in cases where the defendant pleads guilty to avoid the death penalty.

The United States has become an increasingly violent nation.  Audiences flock to violent movies.  Stores can’t keep violent video games in stock.  Street fighting, in its public form called “cage fighting”, is popular because of its brutality.  Reality shows thrive because contestants receive physical or emotional pain.  We’re nuts about our guns, and have devalued education.  We debase empathy, and praise belligerence.

Today the House of Delegates in the state of Maryland voted to repeal the death penalty in that state by a vote of 82-56.  It passed the senate last week 27-20.

“Today’s historic vote is a long time coming,” said Del. Heather Mizeur, echoing arguments that the death penalty has not been used fairly nor without mistake in Maryland’s history. “Who are we to be the judges?” the Montgomery County Democrat asked. “Extinguishing a light, no matter how dim, is never the path to illumination.”

While opponents of capital punishment celebrated the vote, the legislation’s passage in Annapolis will not necessarily be final.  Death penalty supporters could still petition the repeal bill to a referendum in the 2014 election, giving Maryland voters the final say.  Polls show the death penalty still has the support of a narrow majority of voters.

The effort to repeal the death penalty in Maryland was initiated by the NAACP, and the Catholic Church.  Learning of their efforts, members of other faiths joined the cause.

Since 1638, 300 men and women have been executed in the state.  The death penalty has been used infrequently in Maryland recently, with only five executions in the past half century. All took place by lethal injection between 1994 and 2005.

Five men now reside on death row in Maryland in cases ranging as far back as 1983.  If the repeal is upheld, they will most likely have their sentences commuted to life imprisonment.  Maryland’s rules of execution were invalidated by a Court of Appeals, and is unlikely to be re-written.