The Eighteenth Amendment Didn’t Work Either 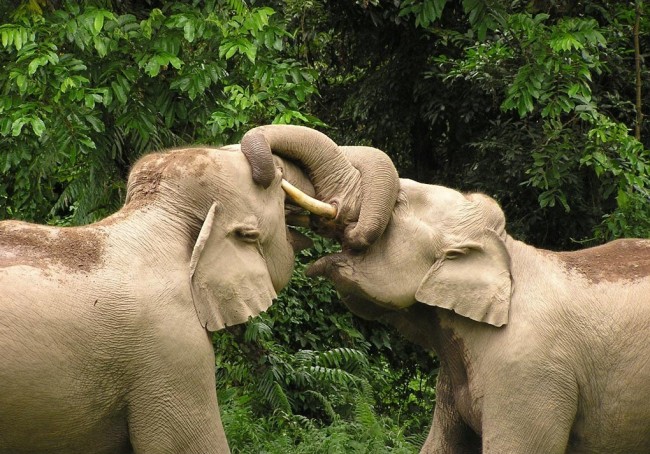 The Eighteenth Amendment, better known as “prohibition”, was passed into law on January 16, 1919.  It was wisely repealed by passing the 21st Amendment on December 5, 1933.  It was repealed because it didn’t work, it didn’t make since.

Prohibition became increasingly unpopular during the Great Depression. The repeal movement was started by a wealthy Republican, Pauline Sabin, who said that prohibition should be repealed because it made the US a nation of hypocrites and undermined its respect for the rule of law. Her fellow Republicans were put in office by the “drys” and, even though they eagerly partook in consumption of alcoholic beverages at her parties, in public they presented themselves as opposing the repeal of prohibition, lest they be thrown out of office by the dry voting blocks. This hypocrisy and the fact that women led the prohibition movement convinced her to start the organization that eventually led to the repeal of prohibition. It reminds me of that song where the lyric repeat, “Sitting atop of the throne you’ve built, peering down upon an average boy… a promise that was too good to keep,” its title, Same Story Different Day.

When her fellow Republicans would not support her efforts, she went to the Democrats, who changed from drys led by conservative Democrats and Catholics to supporting repeal led by liberal politicians such as La Guardia and Franklin Roosevelt. She, and they, emphasized that repeal would generate enormous sums of much needed tax revenue, and weaken the base of organized crime.

The eighteenth amendment was unpopular with most Americans.  Cowardly legislators capitulated and passed a law that made law enforcement’s job more difficult, and crime increase.  Our government has a hard time doing the right thing most of the time, but sometimes political ambition makes them act in ridiculous fashion.

We have a similar situation today in 2013.

Many of our congressmen, supported by the NRA Lobby, are unwilling to protect the citizens of the United States.  They have little or no concern for innocent women and children.  They are more worried about the so called rights of the few, and ignore the rights of the many who should feel safe going to the movies.  They are unconcerned about law enforcement, who face weapons equal to their own, and put their lives in even greater danger.  And they don’t care about our children who should be in the safest place they can be next to their own homes when they are in the classroom.

To justify their position, they hide behind the second amendment, adopted on December 15, 1791, along with the rest of the Bill of Rights.  It reads:

“A well regulated militia being necessary to the security of a free state, the right of the people to keep and bear arms shall not be infringed.”

As written, it does not protect “all weapons”, or “all arms”.  It simply protects the rights of the citizens of the United States to have guns.  It says nothing about military style weapons, or high capacity magazines.  (By the way, it might have excluded them, but they didn’t exist at the time).  And the passing of it as written above, the final resolution, was amended to refer to “states” instead of “the State”.

If Republicans and some Democrats continue to hide behind the second amendment, then maybe we need an amendment to replace an ancient and poorly worded law that has no relevance in the 21st century.

Everyone has an opinion on gun control.  Many of those opinions are not supported by common sense.  Gun control discussion is called “controversial”, when it should be called “intelligent”.

The primary reason our government is broken is the existence of lobbies such as the NRA.  A Republic is supposed to be a form of government that elects representatives to act according to the will of the people.  In reality what we have is government who performs according to the wishes of lobbyists, and therefore special interest groups.

If you believe that your family has a right to feel safe going to movies, or attending your chosen place of worship, or that parents should feel secure sending their children to school, take some time to look into the choices of your congressmen and senators.  It’s easy with the internet.  Seek information as to which legislators vote against gun control, and who is taking money from the NRA for election campaigns and “golf” vacations.

The Constitution has been falsely interpreted in the last 12 years.  It was intended to be a “living document” when it was written by our forefathers.  The extreme right, spearheaded by the TEA Party, believe it should be interpreted literally.  They are wrong because they lack the foresight our founding fathers possessed.  They were well educated men who believed in a changing country, and progressive ideas.

There is a movement in our country to regress, to remove the good in our laws fought for and negotiated by previous generations.  Reason was lost between 2000 and 2008, emotion ruled our country.

As a single citizen who votes and abides by the laws of the Nation and my state, I demand intelligent action that represents the needs and wants of the many and shuns those of the few.

Dammit!  I want my country back. But at last, when I look at the republican party, all I see is the same story different day.