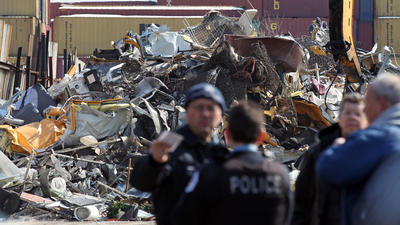 Sergio Quintero, 44-years-old has been charged with possession of title/ registration without assignment, a felony. Chicago Police announced today that a man has been charged in Friday’s theft of eight school buses that were then demolished for scrap.

The buses were discovered to be missing early Friday morning when workers arrivedat the Sunrise School Bus and Charter garage in the 10000 block of South Torrence Avenue, the Associated Press reports.

The buses belonged to Sunrise Bus Company and Charter Services, according to the company’s president, Greg Bonnet.

Using GPS tracking systems on the buses, authorities later Friday identified shredded remnants of the buses — which will cost $75,000 to replace apiece — in pieces at Gonzalez Auto and Truck Parts, a scrap 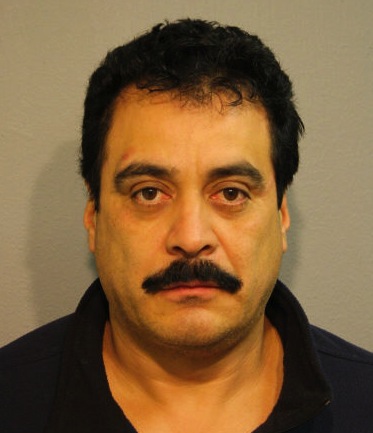 Gregory Bonnett says his buses were hot- wired, brought to the scrap yard and scrapped between 6:30 p.m. Thursday and 5 a.m. Friday.

Sergio Quintero owner of the scrap yard, was charged with possession of a title or registration without assignment, with three others were taken into police custody in the incident, but no other charges have been filed as of Sunday afternoon.

“I know the GPS showed the eight buses driving in this lot,” Bonnet said just outside the scrap metal yard Friday afternoon. “And I expected to look in and see the buses lined up there.”

“When I looked in and saw a big pile of yellow, I thought, ‘Holy [cow]! What just happened to me?” Bonnet said.

The buses provide service for CPS students, but are backups — so no students were directly impacted by the theft, CBS Chicago reports.

“I expected to pull up and meet the police and see eight buses,” Greg Bonnett, the buses’ owner, previously told the Chicago Tribune of the sight. “I got here and I saw exactly what you’re looking at now. A pile of scrap with school bus yellow.”

Bonnet said squad cars were already on the scene when he arrived at the yard about 6:30 a.m. The yard, according to signs at the site, belongs to Gonzalez Auto Parts. The buses were damaged and “in various states of disassembly,” according to police. A large pile of twisted yellow metal could be seen at the site. Bonnet said a brand new school bus usually costs between $80,000 and $85,000, but he said four of the buses that were stolen were wheelchair accessible, which are more expensive.

The telephone number for Gonzalez Auto Parts was disconnected, and Yellowpages.com lists the business as closed. The bus company provides school buses for the Chicago Public Schools, but no kids were affected, as backup buses were used in place of the stolen vehicles. According to AP the yard has previously been cited for several violations dating back to 2007.