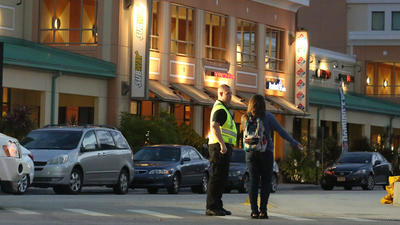 Suicide, Bombs, and Guns at University of Central Florida

A 911 call reporting a man with a gun, prompted police to enter the Tower 1 dorm about 12:20 Monday morning at the University of Central Florida, only to find the body of a dead man in a bedroom.

They also found a handgun, an assault rifle, and a bag with improvised explosive devices.

“There is no ongoing threat. What we’re dealing with now is the improvised explosive devices — removing those and making them safe,” said campus spokesman Grant Heston.

The campus, located in Orlando will be shut down until noon EDT when all the explosive devices have been safely removed.

“University police responded immediately,” University of Central Florida Police Chief Richard Beary said in a statement. “The safety of our students in Tower 1 and our entire campus community is our top priority.”

The man found was an undergrad.  His name or city and state where he is from have not been released.  It is also unclear if there were others in the dorm area where the body was found.  At this point no one has any idea why the student had armed himself.

The university, with more than 59,000 students, is Florida’s largest and among the largest in the nation.

The Tower 1 dorm holds about 500 students, and was evacuated while a bomb squad began to remove the explosives.

Some students expressed their uncertainty that the campus is safe.

“I wonder if there will be a general sweeping through the whole area,” Rafael Eduardo Mena posted on the university’s Facebook page. “Was the IED found in the dorm or somewhere in Tower 1? If it is the latter, I think more than ever a general sweeping has to be done.”

Brandon Forman wasn’t sure whether to come to campus for his Monday afternoon sign-language class.

“I love my sign language class. From a safety perspective, have officials ensured that there is no other individuals involved with this? How do they know this is just one person?” Forman wrote. “When students safety are concerned all precautions need to be made.”