It’s Time to Have Realistic Talk About Taxes 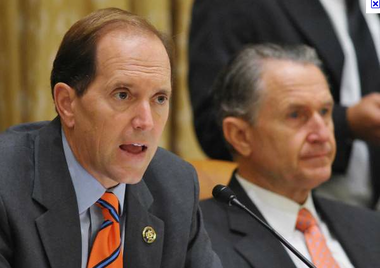 Since I was old enough to understand words, I remember talk about taxes.  The consensus of my older relatives was that they were too high.  I hear that today even more so, and I hear it most from corporations.

The fact is, taxes are too low.  A capitalistic country has to return a reasonable amount of their income/profits in the form of taxes to sustain quality of life.

An article in Reuters today features Ways and Means Committee Chairman Dave Camp, a Senior Republican, praising Obama for agreeing not to raise corporate tax rates.  A tax increase will not be part of his budget proposal.

The quality of life for the majority of Americans has declined over the recent 10 year period.  The 2010 Census showed the years between 1999 and 2009 as the worst decade in modern history for the working class.

Throughout the period, taxes for the wealthy and corporations have declined, while taxes on the middle class have remained fairly consistent.

Out of the six listed, only Japan has a minimum individual income tax rate of 5%, the others begin at zero

The GAO came out with its annual list of government waste two days ago.  It listed the duplication of programs, costing tax payers approximately 200 million dollars every year.  The Department of Defense spends money unnecessarily every day, acting as though the United States was still a wealthy country.  We continue to fund hundreds of bases in foreign countries which have no practical purpose.  The government gives aid to foreign countries equal to an amount that could pay off our national debt in less than ten years.

The President has adopted Republican ideals.  He has forgone his principals and ignored his campaign promises.  He pledged to those of us who voted for him that he would make the wealthiest 1% of Americans pay their fair share of tax.  He promised that he would close loopholes for corporations and eliminate subsidies.  He promised he would increase badly needed revenue.  He also promised to keep social security and Medicare untouched, telling us all what we wanted to hear, that low-income and middle class citizens would see an improvement in their lifestyles.  He lied about everything.

From its inception in 1935, social security was fully funded by the Federal Insurance Contributions Act tax (FICA).  The money I and my employer contributed to my personal retirement plan should have been kept in a safe account, drawing a reasonable interest, so the funds would actually increase, planning for changes in the cost of living.  Our wasteful government has spent the money on unnecessary, wasteful, and “earmarked” programs.  And this doesn’t take into account the billions of dollars spent on waging “George’s” wars.

Slowly but surely Obama changed his budget plan to accommodate Republicans and special interests.  Now he has placed social security, Medicare, and veteran’s benefits “on the table”.

The President has become a man without a party.  Republicans obstruct his every policy, and now Democrats condemn his turncoat ways.

Increased revenue is a must, cutting programs demanded by the TEA Party is not the answer.  Our country has the lowest tax rate in the world for those earning over $250,000 a year.  And we have the lowest corporate tax rate in the industrialized world.

These facts are in spite of record corporate profits in the last decade.  The creation of a third world country has become successful.  We are now a nation of “haves” and “have-nots”, and the have-nots are paying the bills.