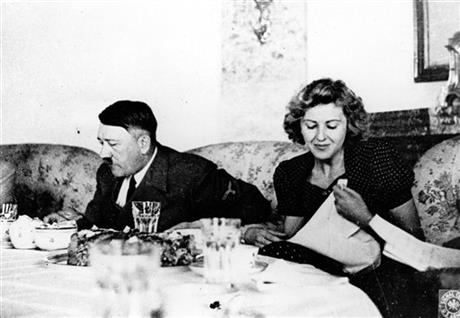 Margot Woelk is 95 years old.  She decided it was time to tell her story.  During World War II, she worked for Adolf Hitler at “Wolf’s Lair”, his heavily guarded compound in what is now Poland.  He spent much of his time there in the latter part of the war.  Woelk was one of fifteen young women who were his personal food tasters.

Hitler was paranoid that the British would find a way to poison him.  “He was a vegetarian. He never ate any meat during the entire time I was there,” Woelk said of the Nazi leader.

“The food was delicious, only the best vegetables, asparagus, bell peppers, everything you can imagine. 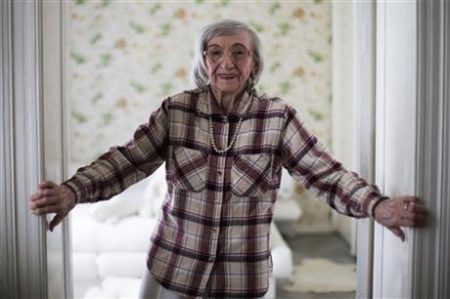 And always with a side of rice or pasta,” she recalled. “But this constant fear — we knew of all those poisoning rumors and could never enjoy the food. Every day we feared it was going to be our last meal.”

Only now in the twilight of her life did Woelk feel she could tell her story.  She feared she would be punished for working with the Nazis in the war, although she claims she was never a party member.

She told AP her story as she flipped through a photo album containing pictures of her taken when she was a young woman, in the apartment building where she was born in Berlin in 1917.

Her association with Hitler began when she left Berlin because of allied bombing, and her husband serving in the Nazi army.  She traveled about 435 miles to Rastenburg, then part of Germany; now it is Ketrzyn, in what became Poland after the war.

It was there she was recruited into civil service as a food taster, and kitchen bookkeeper.  She says she never personally saw Hitler, only his German shepherd Blondie and his SS guards, who chatted with the women.

She was there in 1944 when a failed bombing attempt meant to kill the Nazi leader failed.

“We were sitting on wooden benches when we heard and felt an incredible big bang,” she said of the 1944 bombing. “We fell off the benches, and I heard someone shouting `Hitler is dead!’ But he wasn’t. “

Security tightened.  She was ordered to move to a nearby schoolhouse and out of a relative’s home.  One of her SS friends told her that the war was going badly, and that she should leave the compound.  She took a train to Berlin and went into hiding.

The other 14 girls stayed. “Later, I found out that the Russians shot all of the 14 other girls,” she said. It was after Soviet troops overran the headquarters in January 1945.

Returning to Berlin, she found a city in devastation.  On April 20, 1945, the Russians began shelling the city.  Hitler’s remaining forces fought for two weeks before surrendering on May 2nd.  Meanwhile, Hitler had committed suicide.

“The Russians then came to Berlin and got me, too,” Woelk said. “They took me to a doctor’s apartment and raped me for 14 consecutive days. That’s why I could never have children. They destroyed everything.”

She tried to rebuild her life.  She worked several jobs, mostly clerical.

Her husband survived the war and returned to her.  Woelk said he died 23 years ago.

She hasn’t left her apartment in 8 years.  She is attended to by a nurse and her nieces.  She said that now, as she’s near the end of her life, she felt obligated to tell her story.

“For decades, I tried to shake off those memories,” she said. “But they always came back to haunt me at night.”