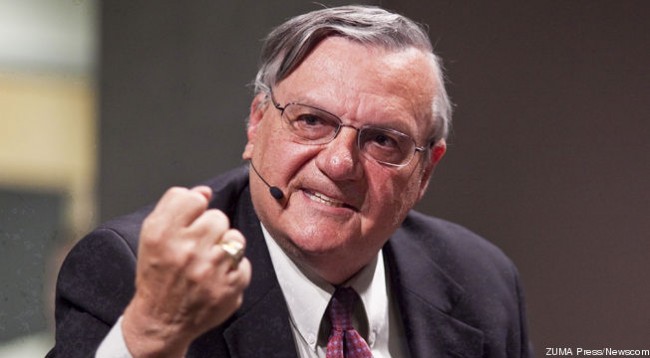 335,000 signatures were needed by 5 p.m. Thursday to create the recall.  The number of signatures actually collected was not revealed, but there are assumptions that the number fell well below the required amount.

“It is a sad day,” said recall campaign manager Lilia Alvarez. “It is a disappointment.”

Arizona won the title of “Mississippi of the West” from Nevada, following the election of Governor Jan Brewer.  If she’s the ‘queen’ of the racist state, Arpaio is the ‘king’.

A week ago Arpaio was censured for racial profiling in a court of law.  But the voters of Arizona have proven that they align themselves with him and his policies.

The 80 year old Arpaio won his sixth term in November in his closest election yet.  He won by only 6 points.  It’s easy to see why Arpaio was relieved to have escaped a recall.

Arpaio is bad for Arizona, and bad for America.  Recall efforts began because a federal judge declared that he had racially profiled Latinos, and continued to perform immigration raids in Hispanic communities.  But that is only a part of why a reasonable state would have booted him.  He has been accused of failing to investigate over 400 sex crime cases.  He has also cost the state 25 million dollars in legal settlements for his mistreatment of inmates incarcerated in his jail.

“This effort failed because the good people of Maricopa County, whom I’m honored to serve, rejected the wrong-headed idea of overturning an election,” Arpaio said.

Joshua Spivak is a recall expert.  He offers reasons why the recall was doomed from the beginning.  He said that the number of required signatures was unusually high for a county recall election.  Another factor was that a successor was not in place if Arpaio had been removed from office.  “They are running against Joe Arpaio,” Spivak said. “But who are they electing?”

Arpaio has apologized for the failure of his office to adequately act on the sex crime allegations.  He also claims that his office has not racially profiled Hispanics in Maricopa County.

The proof of Arizona’s racism and Arpaio’s prejudice is found in the record.  Although Arpaio escaped a recall effort, the good news is the 80 year old cannot live forever.

Years ago I had a discussion with some friends about how racism, bigotry, and prejudice in general could be removed from our vocabulary.  We decided that there was no possible way we could change the attitudes of the majority of those afflicted with the diseases.  Only time would provide a cure.  As new generations take control of policies and attitudes that reflect the true nature and purpose of our Constitution, the evils that exist in society will disappear.

There will be exceptions.  By failing to recall Arpaio, the voters of Arizona prove that they are not advancing in society, they are regressing into the dark past.