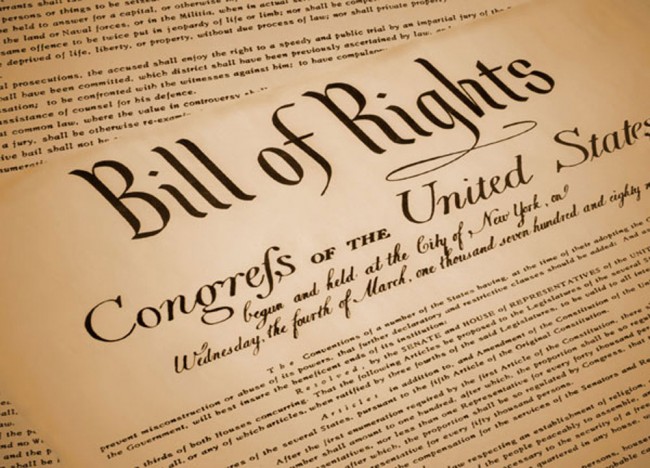 UPDATE: Charges against Jared Marcum have been dropped, according to WOWK. Whilst Jared’s attorney, Ben White, described this as a “victory for common sense,” the teen’s parents are considering filing a lawsuit against the Logan County School District.

The Guardian Express reported eleven days ago on the case of Jared Marcum; the West Virginia teen who was arrested, following his refusal to take off his NRA shirt at school. Marcum is due to go on trial next week for obstructing a police officer. He faces a possible jail term of up to one year or a fine of up to $500. The growing issue of media censorship in America continues, as this teen, arrested for wearing an NRA shirt, is prevented from speaking to the press.

The story, originally broken by Charlo Green of WOWK, has been – from the start – a disturbing indictment of the disregard with which the rights granted by the First Amendment are treated in America today. The fact that an individual can be confronted by law enforcement officers for their choice of clothing would be laughable, were it not so sinister. The subsequent arrest of 14-year-old Jared Marcum for, allegedly, obstructing a police officer is of even more concern. Marcum did nothing more than attempt to explain himself, which – once again – means that his first amendment rights were violated. What followed, however, should make every American, who cherishes their Constitutional freedoms, shudder to their core.

Marcum was summoned back to court Monday, after Prosecutors requested that a gag order be served, to prevent the Logan County teen from telling his story to the press. When Charlo Green, of WOWK,  attempted to enter the courthouse where Marcum was meeting with prosecution attorneys, she was all but physically ejected from the building. In addition; she, herself, was threatened with arrest for obstruction. It seems that West Virginia law enforcement officers have been trained only to detect the vicious crime of obstruction.

According to Green, the gag order has been withdrawn, on condition that the prosecution is also afforded the opportunity to tell its side of the story. In her latest report, Green assures us that “whenever they’re ready, we’ll be sure to get their side.”

The people of West Virginia – and the rest of the nation – should rally behind this teenager, as his case is a microcosm of what is happening to the United States as a whole. Ms. Green can, no doubt, be contacted through WOWK. Logan County, West Virginia has a website, on which several points of contact are listed, in addition to the details below:

These creeping infringements of the Constitutional rights of private individuals will only be halted when enough citizens raise their voice. This is about censorship in America. It is not just about a teen who was arrested for wearing and NRA shirt, or the attempt to prevent him from speaking to the press; it is about whether or not Americans are willing to stand by and do nothing, whilst their freedoms and civil liberties are stripped away.