Activist murdered while trying to protect the endangered sea turtles 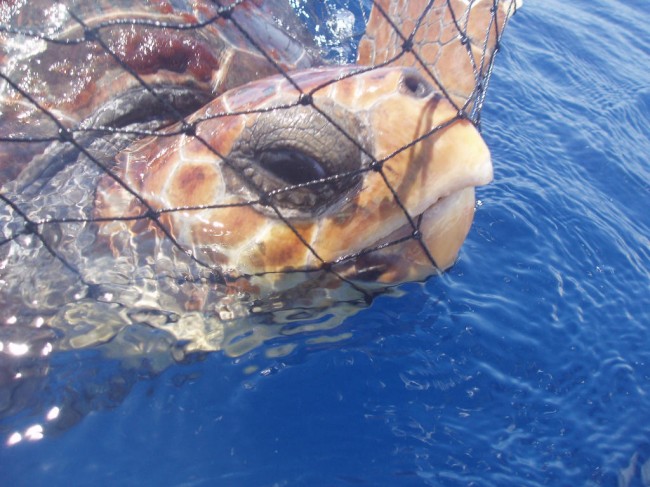 Jairo Mora Sandoval, 26, a turtle activist and conservationist from Costa Rica, was murdered while trying to protect the endangered sea turtles he had come to love from poachers.

Sandoval regularly patrolled a quiet stretch of beach near Limon, Costa Rica. His mission, he felt, was to protect the endangered sea turtles there who came onto shore to lay their eggs, and to ensure that their nests were not harmed.

Police, according to Costa Rican news reports, said that Sandoval was kidnapped Thursday night by armed men. Also taken were 4 people who were volunteering their services as turtle surveyors. The surveyors included three American women and one from Spain.

Sandoval was found dead on the beach Friday at dawn. He had been tied up, beaten, and had been shot in his head. The women had somehow escaped unharmed.

Why would anyone be killed over sea turtles? Wherever there is money that can be made, there will be criminals there to take advantage of the situation.

In this case, though the investigation is still in its early stages, it’s reported that the poachers were after the sea turtle eggs. However, there are signs that indicate the drug trade might also be a factor in the conservationists’ death.

On Friday night, Todd Steiner, executive director of the Turtle Island Restoration Network, stated in an e-mail that his group and others are creating a fund for the purpose of offering rewards for information that will lead to the arrest and conviction of the slayers of Sandoval.

At the site, you can also donate money that will be used to honor Jairo. Once there, just hit the donation button and write “Jairo” in box asking who the donation is in honor of, and you will be giving your money to a very worthwhile cause.

According to Mr. Steiner, there is also a petition people can sign demanding justice.

Didiher Chacón, the coordinator for the Wider Caribbean Sea Turtle Conservation Network program at the beach where Sandoval worked and died, said in a news article in the Tico Times that Jairo Sandoval had recently made statements in a national newspaper linking egg poaching to drug traffickers.

“With everything we know about what happened, it seems like it was an act of revenge,” Chacón stated. “Jairo didn’t drink. He didn’t smoke. He wasn’t involved in those kinds of things. We think it must have had to do with his work.”

In a Facebook message to his friends on April 23, Sandoval wrote about the dangerous situation he found himself in on the beach.  Translated, his ominous message reads:

“Can you send messages to the police so they come to Moin Beach. Don’t be afraid, but just come armed. 60 turtles lost, not a single nest. We need help fast.”