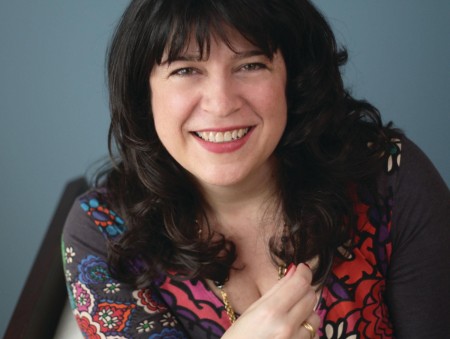 Forbes has just released its annual celebrity power list. The 2013 list uses fame as the power metric instead of financial earnings for its celebrity list. This year, the list has five authors in the top 100 and at the very top of those authors is E.L. James, at number 42, who is now fifty shades of powerful.

Somewhat amazingly, the “new” writer has pipped the more well known “literati” in the list. Beating out the likes of James Patterson at #44; Stephen King at #75; J.K. Rowling at #82, and Suzanne Collins finishing last in the list at #87.

But apart from the surprise entry at number 42 of Ms James, the number one spot won’t surprise anyone. Oprah Winfrey came in the top slot as the most influential and powerful celebrity through her talk show providing her with almost astronomical fame. Book lovers everywhere will recognise that Winfrey with her Oprah’s Book club 2.0 putting a stamp of approval on a literary work almost guarantees the authors success.

Some of the other names that got into the Forbes Celebrity Top 100, top 10, won’t be a surprise to hear either. They are: Lady Gaga, Steven Spielberg, Beyonce Knowles, Madonna, Taylor Swift, Bon Jovi, Roger Federer, Justin Bieber and Ellen DeGeneres.

The Fifty Shades of Grey writer E.L. James coming in at the 42nd spot on the Forbes list makes her the first author who has risen that high on the list. Ms James, real name Erika Leonard, published the first book in her trilogy in 2011. While she has amassed a fortune in book sales, it isn’t the money that got her the number 42 spot on the list.

E.L. James got on the list because of her “fame” factor and her inclusion on the list makes her fifty shades of powerful and popular.

Last year, the 50 year-old James also earned a spot on Time Magazine’s 100 Most Influential People list for 2012. The writer was also selected for the Publishing Person of the Year in 2012 by Publishers Weekly. She was the first author to ever to receive that honor and it caused not a little consternation. When reporting about James’ entry on the list the New York Daily Times headline read, “Civilisation Ends.”

The breakdown of the Top 10 are:

Justin Bieber was the youngest person at 19 years of age and tennis star Roger Federer was the only professional athlete to make it in the top 10.

Actor and movie star Hugh Jackman actually just missed making the top 10 in Forbes annual celebrity power list by coming in at number 11. It’s not too surprising to see his name so high in the listing. He was nominated for an Oscar last year for playing Jean Valjean in the movie version of Les Miserables.

He is, at the moment, one of the most powerful actors in showbiz. He made his first entry on the Forbes fame list with an estimated $55 million in earnings.

With E.L. James receiving no less than four awards last year, which probably cemented her number 42 slot this year on the celebrity “power” list, she could very well be thought of as fifty shades of powerful. But unless she writes another bestselling trilogy she may not make the cut next year.