She Promised Not To Cry 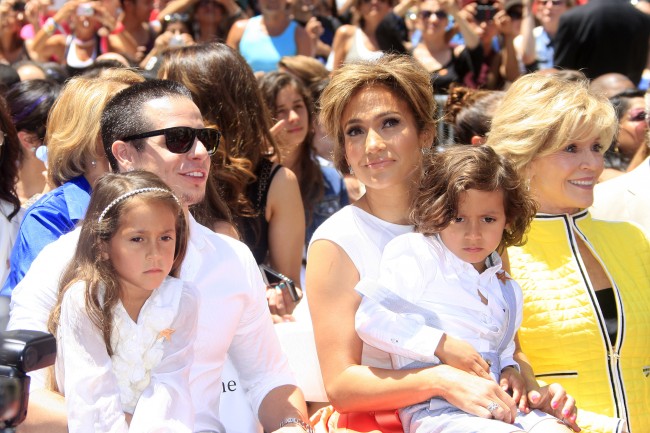 Finally Jennifer Lopez stoops to Kermit the Frog’s level, because as of today; Miss Lopez owns her very own star on the walk of fame. She isn’t alone, among many, many others, 2,500 to be exact, there is also one for a not so human star but a soft one: Kermit the Frog. Jennifer as always wasn’t one to turn down the theatrics during the unvealing of her star. She actually played it up, and acted if she was overwhelmed, and needed to hold back the tears. Especially when Jane Fonda, her former mother in law on the silver screen, in the movie aptly titled: “Monster in Law,” and her, supposedly, favorite music collaborator du jour, Pitbull gave speeches and praised her. Hey, don’t stop the party!

Actually some people might want to stop this walk of fame self congratulatory party, because they believe that: people, even famous one, do need to pay for their own star. According to some Internet commenters Miss Lopez has not done anything that contributes to any worthiness of having a star, apart from paying for it. A commenter source said: “Getting a star is not that hard or glamorous anymore. All you need is a nomination by anyone and you have to pay for the “award”. You don’t even have to be a human, Kermit the frog has one too.  But I don’t blame J-Lo, she is having a very bad year. Her movie Parker flopped and her single is dead in the charts. So, she needed some cheering up and went shopping, she bought herself a star.”Jennifer stoops to Kermit the Frog’s level because she can, and possibly deserved it in some way.

However which way it’s turned it was Jennifer Lopez’s day today, and she made the most of it. She was at the walk of fame with her “boyfriend” Casper Smart, and her two kids. Many of her fans were there as well to cheer her on, and wish her well. She even took the time to address, and thank them. According to Jenny of the walk of fame block: “A star on Hollywood boulevard, I said I wasn’t going to cry. I really am overwhelmed – it all feels kind of, I don’t know, surreal. I’m a lucky girl. My dream was always to entertain I just wanted to be good at what I did.”

Jane Fonda was there because she is, apparently, a friend of Miss Lopez. She talked about how she values her generosity, and for helping the world understand that a big booty isn’t something we should hide, but to celebrate. (Which explains why Kim Kardashian is also such a huge star.) Jennifer Lopez finally stoops to Kermit the Frog’s level, among other legends of course, and is quite overwhelmed by that. Is that believable, or is it even more incredible that she didn’t have a walk of fame star to begin with? Does it also mean we will get some more Diva time soon? Now that Kim Kardashians booty is resting, and taking care of her baby, we should have another curvy celeb to step up, and give a good example.