Kim Kardashian 10 reasons to like her more than her relatives

Keeping up with the Kardashians 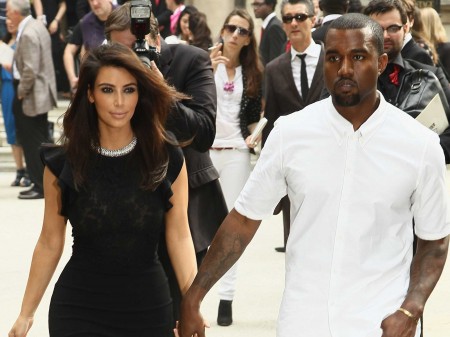 Suddenly they were everywhere, The Kardashians. It all started back in 2007 with “Keeping up with the Kardashians” or “The Kardashians” for short. After some digging in the archives, it turned out that original Kardashian poppa was the attorney who defended O.J. Simpson during the murder trial. (This was a rather delicate task, defending such a person, and most people didn’t like him for it.) Robert, original daddy K., and Kristen Mary, or Kris for short had four children together one of them was Kim. However why is Kim Kardashian the most popular of the 6 children, the four original Kardashians, and the 2 Jenner ones? The following 10 reasons might explain why most people like Kim more than her relatives:

1 Kim managed to catch our attention, and that of recording artist Brandy Norwood in 2004. Kim was Brandy’s personal stylist, later she developed into a full-time stylist, and even helped Lindsay Lohan get dressed.

2 Shockingly tight clothes with plunging necklines is typical for Kim. Even during her pregnancy she wouldn’t give up her love for style, and high heels. One unfortunate photo showed her swollen feet shoved in designer heels. In addition her maternity wear sometimes would be bold, flattering, and daring however most of the time it just looked like Kim hadn’t fully gotten used to her new figure, and dressed herself in a horrible way. (She did manage to garner attention for those looks and show pregnant women you don’t have to listen to what most people think about what you should wear.)

3  Another reason to add to the 10 reasons to like Kim more than her relatives would be that she is the only Kardashian who constantly found famous men to date. She started with Brandy’s brother, and rapper Ray J, moved on to Nick Lachey, had a lightning fast marriage with Kris Humpries, see point 4, for more details, and is now together with rapper Kanye West. This would be considered horizontal and vertical dating with expansion of media coverage on the mind. (Amplification all around.)

4 As mentioned earlier Kim decided to marry Kris Humpries, the basket ballplayer in 2011. After 72 days she realized he wasn’t the man for her after all, and wanted to divorce him. This sparked rumors that Kim had been in the marriage only for the publicity. Others came to her defense, and thought that it might just have been an unlucky alliance.

5 When the baby is born Kim can’t wait to eat her baby’s placenta because she believes it will have beneficial effects. (Probably the best of it was that she received a lot of media attention because of this statement, and made sure that people tune in tomorrow to watch her program.) However the title of darling of reality TV ditsy remarks goes to Jessica Simpson when she was on TV with her reality show “Newlyweds” and Nick Lachey. We all remember her saying how tuna is chicken, because it says so on the can. Kim still has a lot to learn if she wants to beat reality princess Jessica.

6 Kim is a good role model in the sense that she has embraced her body and struts it with pride. She doesn’t have the ideal Hollywood shape, but that doesn’t seem to bother her most of the time. This one might be the most admirable reason of the 10 reasons to like Kim more than her Kardashian/Jenner relatives.

7 Controversy seems to be Kim’s strong suit. She can find something juicy in any situation. If it’s a simple baby shower, a wedding, or shopping for clothes; she will make sure their is something people can talk about next to the water cooler on Monday. Sham marriage, quickie divorce, not baby proofing her house, and the list goes on. Never a dull moment with Kim.

8 Family values. No matter how twisted some of the relationships may seem to outsiders, Kim is always able to patch things up, and shows us all what family should be about. (Even if you family is on TV and not the most functional one.)

9 Botox at an early age. Believe it or not but Kim was born in 1980 so why would she need botox? Does she have such bad skin? Kim doesn’t have any qualms to talk about it and is very frank. Probably we won’t see her mother admitting this so easily as has Kim.

10 The last and most important one: Kim made a sex video at home with her former lover, Brandy’s brother, Ray J, and it was leaked. An entertainment company bought the rights, and later they settled with Kim to avoid further appearances in court. The video made Kim’s career.

The conclusion is simple. Kim Kardashian knows the 10 reasons why people like her more than her relatives comes down to two huge differences between her, and her siblings. She made a sex video, and managed to distribute it, and earn quite a large sum on top of that. In addition Kim has the biggest butt of the family, and is not afraid to show it. Her other siblings also say things for shock value, have different men/women in their lives or have other problems. However all of that pales in comparison to what Kim has done in the past, and is still trying to do, to this day. Do you have one more reason to add to the 10 reasons to like Kim Kardashian more than her relatives? Or do you actually like another sibling more? Let me know in the comments.