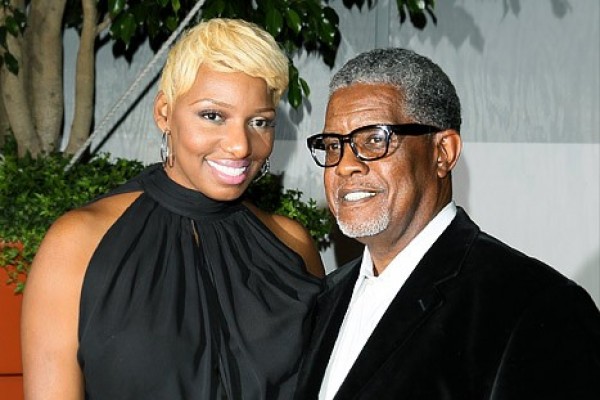 In a story good enough for a daytime soap, reality-turned-sitcom star NeNe Leakes said “I do” a second time to the man she split from three years ago. In fact, it was so good that we will all have the opportunity to see the events leading up to and including the ceremony on the new spin off show on the Bravo network dramatically titled, “I Dream of NeNe: The Wedding.”

NeNe and Gregg originally tied the knot in 1997 but separated in 2010. They got re-engaged in December, much to the shock and pleasure of their son, Brent, who made it known by saying “I’m so happy to see my parents remarried, as a family we’ve never been happier.”

Some time ago I had a client share with me that when it comes to her marriage, “nothing was wrong, but nothing was right either!” I thought about that for some time and realized that a great majority of couples have come to a ‘new normal’ called Relationship Purgatory. They exist together with the sole purpose of not pissing each other off! What kind of relationship is that?

You fall in love, get married, and most times have children and raise a family. Over the years, love deepens; the bond strengthens, but the feeling of marital satisfaction waxes and wanes. During the “bad times” there is more arguing and fault finding, less sharing and touching, fewer moments of happiness and appreciation. But you somehow weather the storms and manage to stay married.

You’re way passed all the tokens of affection like, champagne, chocolates, edible body oils and tons of flowers. And now you’re sitting face to face with someone you’re not sure belongs in your future. Long after the dates are over you are fighting to live above…MEDIOCRITY!

What most couples don’t realize is that there are things they can do to ensure that times are better than they are worse, to make riding out the storms smoother and easier. Marriage requires skill and constant attention. If tended to, it will thrive, but if neglected, it will wither and die. There is no couple that doesn’t have to work hard at improving their relationship. Believing that the good times will continue to roll on their own is a setup for disappointment and disillusionment.

The fact is that all marriages have problems that cause conflict and strain the relationship. Among the most common problems:

These problems won’t lead to marital meltdown if you can talk about them constructively with your partner. Healthy communication is the key! Marriage is much like having a job, it takes commitment, knowledge, and trust to make it last. Each partner has important needs in a marriage that have to be met.

Some couples stay in unhappy relationships, why? …They can’t put their finger on the real problem. It seems that, “nothing is wrong, but nothing is right either”.

Taking your marriage from mediocre to great, can mean an unexpected lunch date, a mid-afternoon call at work, a stop at the local florist, a quick kiss in the morning, or a simple “I love you”. Trigger your memory by moving your thinking away from the problem and back to the core of your relationship. Think of how you felt, in the beginning of the relationship, during the dating stage, sometimes it can be hard to get those feelings back, because life has become busier with family, and work.

All in all, marriage is a partnership, and being an active participant in your marriage is critical in reaching that Golden Anniversary. Men need to feel appreciated by their wives, and told often how much they are appreciated, and loved. Set aside time to talk with your spouse, during this time you should leave out conversations about children, bills, or any extra worries. A good topic could be about how you met each other or why you fell for each other in the first place.

During this time you are bonding with your spouse, and re-establishing your connection, and hopefully sharing a laugh or two in the process. There are times as a couple you will have arguments or disagreements, but if you always keep in mind the reason you fell in love in the first place, this will take your marriage from mediocre to great. NeNe Leakes is hoping the second time will be the charm with her ex, I mean, current husband, but the ultimate goal should always be to get married and stay married.