The discovery of the tumor came almost too late 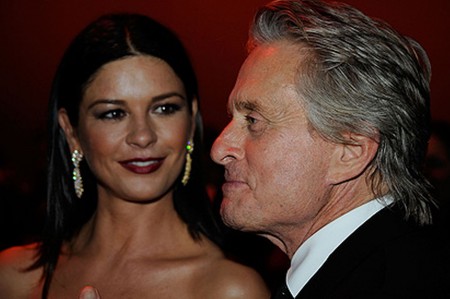 Currently Michael Douglas, 68, is basking in the glow of his rave reviews which he received for his performance as Liberace, the famous pianist who was gay but wanted nobody to know that, in the HBO movie: “Behind the Candelabra”. Michael is incredibly grateful for this role, and explained it in his own words: “It was right after my cancer, and this beautiful gift was handed to me. I’m eternally grateful. For this to come along, when you’re wondering if you have a career — you’ve had this big hiatus, you don’t know what repercussions cancer has for being hired. It was something to look forward to.”

For a long time Michael thought that his throat cancer was related to his life style choices, mainly drinking, and smoking, or a stress related issue. Douglas had to cope with a lot of hardships as of late. His son had to go to jail, and his wife, Catherine Zeta-Jones went to rehab because she suffers from a Bipolar disorder. All of this let him to believe that stress would be the culprit, and not oral sex. Douglas said about it:  “I did worry if the stress caused by my son’s incarceration didn’t help trigger it,but yeah, it’s a sexually transmitted disease that causes cancer. And if you have it, cunnilingus is also the best cure for it.”

Michael Douglas is not the only one who believes oral sex gave him throat cancer. The Oral Cancer Foundation explained that one version of HPV, called HPV 16, is famous for being linked to oral cancer. It will manifests itself in the back regions of the throat and mouth.

However this revelation isn’t even the most shocking; Douglas claims that the discovery of the tumor came almost too late. He had been complaining about toothaches, and infections but the doctors had no idea what was going on. It took them nine months to realise that something had to be done. In Douglas own words: “After complaining for nine months and them not finding anything, and then they told me I was stage four? That was a big day.” He continues on explaining about his weight loss, and the extremely aggressive chemo: “The amount of chemo I was getting, it zaps all the good stuff too, It made me very weak.”

Luckily this whole episode is now in the past. It is commendable that Michael Douglas has been so open, and honest about his throat cancer, and that he believes that oral sex gave it to him. Hopefully other people will find some strength in this revelation and know that they are not alone.