Monsters University NOT Safe For Kids To Watch Alone

Unless You Want Them To Become Confused 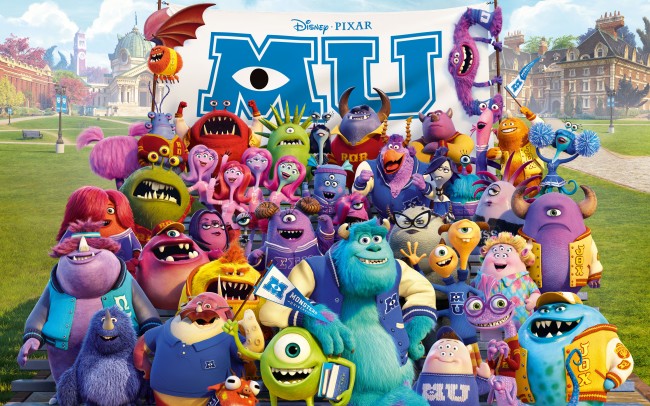 Monsters University is not safe for kids to watch alone, unless you want them to become confused, and think that University can actually be that fun. (Especially in this economy it might be a good idea to inform them about the harsh reality which are student loans, university pressure, and no cuddly toy buddies helping to cram for that last final exam that just won’t go away. According to a Twitter user: “Here’s to hoping watching monsters university will prepare me for college.”)

Monsters University is about Mike Wazowski, and James P. Sullivan. Who were this characters again? Because Monsters Inc. was quite a while ago. So lets go down memory lane; there was a power company involved which was called: Monsters, Inc. This company gets their power from scaring children, when in actuality the monsters themselves are more afraid of the children, than the children of them. Then one day a lovely little two-year old named “Boo,” hobbles into the lives of Sulley, top scarer – blue furry monster, who is always accompanied by his best friend green one eyed monster Mike Wazowski. After the initial shock on all fronts Mike, and Sulley decide to send “Boo” back to where she belongs. En fin, this is not relevant at all to Monsters University.

The only important thing to remember is that in Monster Inc. Mike, and Sulley were best friends, and in the prequel Monsters University they have to warm to each other. (During the beginning of this prequel the two best friends actually can’t stand each other, which might be another reason why the movie is not safe for your kids to watch alone. They might get confused, and want to know why the two best friends decided to stop being best friends. Mainly a good idea to watch with your kids and avoid confusion, because Pixar never did prequels before.)

How is Monsters University doing at the box office so far? Usually a good indication if the movie is worth a watch. Because if everybody, and their neighbours go watch it, then it must be quite alright. Well on Friday the official start shot was given, and at the end of the day they had garnered $31 million, this was counting the $2.6 million of the previous day’s screening as well. The only Pixar movie who topped that in 2010 was…you probably guessed correctly: Toy Story 3. They had earned $41 million during their opening day.

Quite a start for a movie which isn’t hailed as the new; latest and greatest from Pixar. There are actually quite a lot of critics disappointed in the movie. They say it lacks greatness like “Up”, “Wall E,” and the “Toy Story” installments. However most children, and their parents agree upon one thing: these critics should just go watch some other movie like maybe Brad Pitt in “World War Z,” and let the families enjoy their new Pixar installment. Because who can resist these monsters, their antics, and witty remarks. It might not be safe for your kids to watch it alone, because you SHOULD watch it with them. It’s just too funny not to do that.