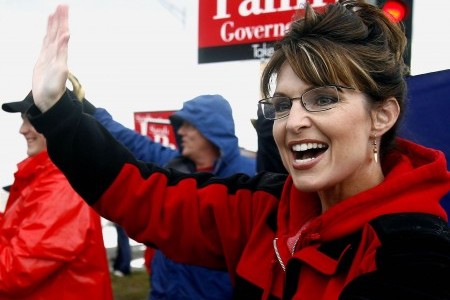 Former GOP vice presidential candidate Sarah Palin is making her Fox News comeback as a contributor just months after she and the network parted ways.

Fox News Chairman and CEO Roger Ailes said that Palin, a former Alaska governor, will return on air Monday morning during the Fox & Friends program. It has also been reported that she will contribute to the Fox Business Network.

Ailes put a post on the Fox News website that said, “I have great confidence in her and am pleased that she will once again add her commentary to our programming. I hope she continues to speak her mind.”

Obviously Palin still believes in a quote she made earlier that said, “The power of Fox News is unparalleled. The role of Fox News in the important debates in our world is indispensable.” The 49 year-old ex-vice presidential running mate, left Fox News earlier this year.

Her departure ended a three year presence on the News network that allegedly paid her a cool $1 million per year. When Palin left, she said it was because she wanted to do other things.

In 2008, the ex-governor of Alaska was Republican John McCain’s vice presidential running mate on the Republican ticket. Palin has always been outspoken on issues and since leaving her Fox News post she continues to assist Republican candidates and to criticize President Obama on her Facebook and her website.

Of course Sarah Palin doesn’t just rely on Facebook and her website to go on the attack via the internet. The 49 year-old mother went on Twitter to attack television host Bill Maher Wednesday night. Reportedly, Maher made a derogatory joke about her 5-year-old son Trig while performing at the Palms Pearl Concert in Las Vegas on Saturday night.

According to the Las Vegas Review-Journal an audience member, Ron Futrell who is a former local television host and “outspoken conservative,” said that during the live show Maher described Palin’s son, who has Down syndrome, as “retarded.”

Palin immediately got on Twitter and called Maher a “bully” and challenged him to meet her when she’s in his “neck of the woods this weekend.”

Using her verified Twitter account @SarahPalinUSA she tweeted, “Hey bully, on behalf of all kids whom you hatefully mock in order to make yourself feel big, I hope one flattens your lily white wimpy a#*.— Sarah Palin June 13, 2013

She also tweeted, “I’m in your neck of the woods this weekend, little Bill. Care to meet so I can tell you how I really feel?”

Ron Futrell, who has a special needs son, wrote on his blog that he was “disgusted and surprised” by the incident and he quoted the joke on his blog.

He wrote that Maher said, “Of course, since Trig is Palin’s son, he is a target of the left. Special needs be damned, there are jokes to be made by “caring compassionate” liberals.

Futrell went on to say in his blog that, “I was so disgusted and a bit surprised that I forgot the exact joke. Perhaps he saves this joke for live audiences only. The audience of more supposed compassionate, caring leftists loved the joke and roared with laughter.”

It is  interesting to note that Palin will be going back to the news network that Maher usually pokes fun at and he also denigrates the network’s news coverage. While there is not a transcript of Maher’s performance available at this time, we can be sure that Palin will be addressing her personal issue with Maher on the Fox and Friends portion of the program.

Sarah Palin will be back on air on June 17 and “Mamma Grizzly” will have her chance to speak out about Maher and his alleged comment about her son. Her comeback on Fox News may just be a fiery one.