Superman's wholesomeness, and strong morals get the better of him 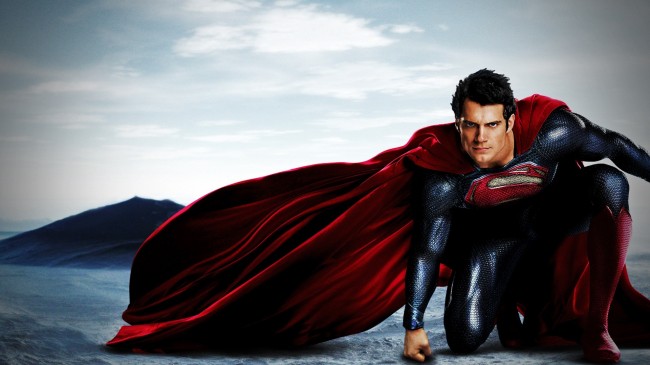 Batman is not really that much more of an erotic love story. Sure the Michael Keaton version had more steamy women in them than the Christopher Nolan versions. Because come on, who can compare Nicole Kidman, albeit in her glory days without botox, steamy Jerry Hall, and Posion Ivy ,portrayed by Uma Thurman, in a green leotard, (By the way, why did Christopher Nolan decide not to incorporate this character into the movie with Bane? Weren’t they supposed to be linked together?) with Doe eyed Katie Holmes, sister of Jake Gyllenhaal – Maggie, and Princess Diary Anne Hathaway? (Also apparently in this new version there was no longer any room for blondes. Admittedly in the Michael Keaton, Val Kilmer, George Clooney, Batman installments, the ladies were usually blond. So now we can call it even. Blondes versus Brunettes, who would you want to win?