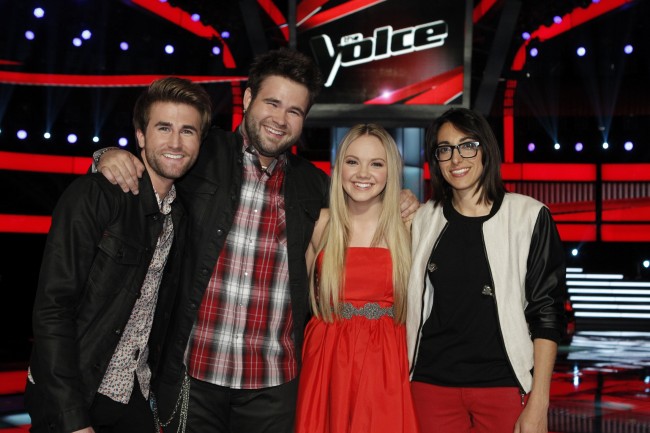 The Voice Season 4 Cher-tastic two hour finale will be on Tuesday, June 18, at 9 p.m. EST/8 Central on NBC. Cher will be making her first television appearance in 10 years and will be singing her spring hit “Feel This Moment” with rapper Pitbull and debuting her single “Woman’s World.”

Other famous performers who will make appearances are Bruno Mars, Florida Georgia Line and Nelly. What’s more, Christina Aguilera will be performing, and she is coming back as a judge on The Voice next season, along with Cee Lo Green! The fall season premieres on Monday, Sept. 23 on NBC.

Of course, the real reason that America will be tuning in will be to see which of the Final Three competitors of The Voice will be the ultimate winner. Choose who YOU think will be the winner of The Voice Season 4 in the poll below!

Do I hear someone cuing up “The Final Countdown”?

Team Blake Shelton is still the clear favorite going into Tuesday’s finale, as he has two competitors left in the running: Danielle Bradberry and The Swon Brothers. 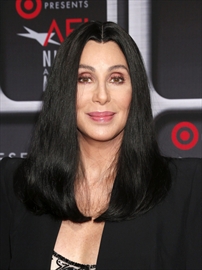 If either wins, they’d be making The Voice history, as The Swon Brothers are a duet, and no duet has ever made it to be the final winners. Also, if Danielle Bradberry, 16, wins, she would make history by being the youngest person ever to win.

However, can Team Blake pull off a win for the third season in a row? Shelton won Season 3 with his act Cassadee Pope, and Season 2 with Jermaine Paul.

The law of averages alone would make one think that Team Blake is destined to at last fall, but laws are made to be broken.

Shelton admitted in his interview that he’s surprised by the attention country music contestants received in the press this year. He said they seemed to be getting more media attention than the pop singers who dominated the previous seasons.

Shelton said the secret to his success with his country music acts lies in the song selections. He intentionally assigns them classic songs that the current generation is not too familiar with and has his acts put their own spin on it.

“I think that’s why I’ve had [two] contestants go this far, because I at least know what songs are the right ones for each particular artist,” Blake continued.

When asked about his prediction on who will be victorious and crowned the winner of Season 4 ofThe Voice, he named one of his two acts.

“From Team Blake, Danielle Bradbery has been a front-runner and The Swon Brothers have had their weeks too, but Danielle has probably been the most consistent in leading iTunes,” Blake said.

With Cher and the other guest performers that will appear onstage on Tuesday, June 18, the last episode of the season is sure to be a Cher-tastic finale! Don’t forget to vote in the poll below, and may your favorite competitor win!