It's A Dark Day In History 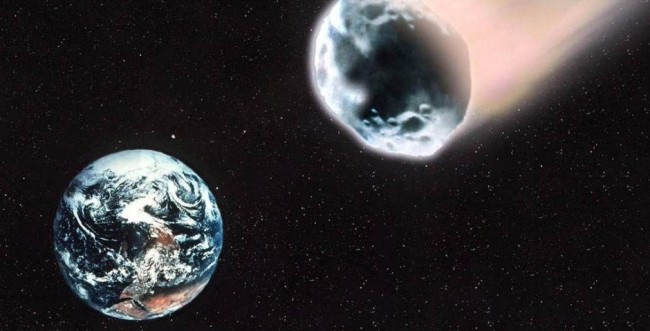 It’s a dark day in history when NASA has to ask citizens, and backyard astronomers to help them track killer Asteroids which might be disastrous for our planet. NASA seems clueless these days, they were watching smaller Asteroids a while back instead of watching if their were bigger ones coming our way. It was a good idea to keep an eye on the smaller ones, but shouldn’t we all be more concerned about the big Asteroids? Apparently that was also what NASA was thinking today, and therefore they are enlisting your help. Don’t hesitate to contact NASA if you think you can help them: “find all asteroid threats to human populations, and know what to do about them.” If you think you can, you should apply here

If you decide to join, you would be part of a group of between 50 and 100 amateur astronomers. These astronomers conduct light-curve analysis on space rocks. (This involves making repeated images of the space rocks to help determine their characteristics.  Jason Kessler, program executive for what NASA calls Asteroid Grand Challenge, said “We’re certainly going to need more help with that as our detection rate goes up,” NASA wants to develop crowd-source detection. This might be a great idea but doesn’t this send a very clear message? A message that NASA is clueless, and doesn’t have the ability to track Asteroids that might turn out to be a killer for our planet on their own? Crowd-sourcing is very popular these days, to get the funding for a pet project, to send messages to Extraterrestrial Life Forms, to help people in need, but should we now crowd-source our own protection against killer Asteroids?

Luckily NASA has another trick up their sleeves, they don’t want you to think that they are as clueless as they seem right now. There is a plan for a mission to capture a small asteroid, redirect it into a stable orbit after which astronauts will go there, and study it. This plan is scheduled for 2021. (Hopefully it won’t be too late by then. According to archaeologists the dinosaurs where wiped out by a huge Asteroid. For sure the dinosaurs didn’t have a Dino-sourced network to keep them posted, but if they had, would that have saved them?)

Maybe the US government will expedite things, if they could get of the phone tap long enough. The House of Representatives’ science committee heard about “Threats from Space,” and they are in the process of reviewing their efforts to track, and mitigate asteroids, and meteors. It’s not clear if the government is also going to need the help of it citizens to track these killer Asteroids. It would be a lot easier for them if the Asteroids had a telephone line, and a twitter account. Alas this has to be done the old-fashioned way. Maybe it’s a good thing that ordinary citizens are able to help out. Hopefully we will get to see what is going on inside NASA, and if we really should be afraid for our own well being.