The Walking Dead Who is King Comic or Tv (Poll)

Lots And Lots Of Sex 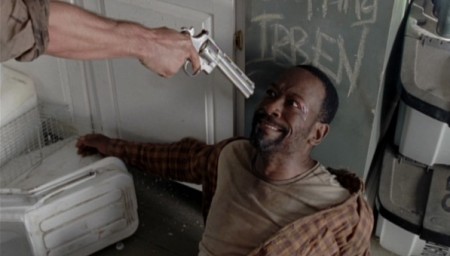 The Walking Dead TV series will start again next week, however lets have a debate first. Should we watch the TV series, or are the comics better? A decision hasn’t been made, yet. Most fans are divided or see the comic apart from the TV series. Therefore we will first have a look at the Pros and Cons for the series as well as the comic. After which it’s time for you to vote: Who is King? Comic or series?

Some fans say that the comic and TV series should be seen as separate, and therefore enjoyed as two different things. This probably makes the most sense because what the TV series can do the comic can’t and vice versa.

Other fans go even further by saying they can’t be compared at all. Because it sometimes feels like different stories and characters, therefore comparison is not possible.

It’s your time to vote.
Who is King, comic or TV?
[yop_poll id=”45″]
By Georgina Pijttersen
source