We Should Thank Our Lucky Stars 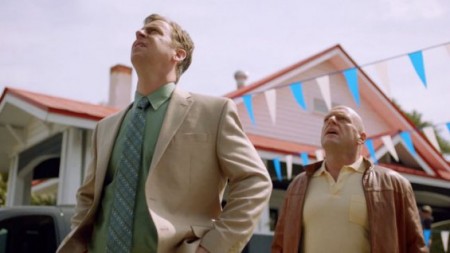 Stephen King’s horrific book has finally been adapted to the small screen. Not a movie this time but a 13 episode long mini series. Which will knock your socks off tomorrow and will keep going for the rest of the Summer. Did you have any plans? Now would be a good time to cancel them.

Under the Dome centers around a small town, with not such small town problems. It starts out that way, but strap yourself in for one bumpy ride. This is true Stephen King Sci-Fi horror. No stone will be left unturned, if the series follow the book closely, that is. There will be many disturbing scenes. As a Twitter user pointed out so aptly: “Kinda wondering how ‘Under The Dome‘ is gonna work on TV since the 1st 300 pages alone had murder, gang rape, necrophilia & meth labs..” This is not even the whole story. Without giving too much away, Under the Dome is a fantastic point about why we shouldn’t contact Aliens.

Earlier this week Stephen Hawking was quoted about that same point. He said that we shouldn’t contact aliens ourselves yet, because we aren’t prepared. We don’t have the intelligence to communicate with them. Stephen, Hawking not King, said: “We only have to look at ourselves to see how intelligent life might develop into something we wouldn’t want to meet. I imagine they might exist in massive ships, having used up all the resources from their home planet. Such advanced aliens would perhaps become nomads, looking to conquer and colonize whatever planets they can reach. If aliens ever visit us, I think the outcome would be much as when Christopher Columbus first landed in America, which didn’t turn out very well for the Native Americans.”

Lord Martin Rees, a British royal astrophysicist, and colleague of Stephen Hawking had even more disturbing insights:  “I suspect there could be life and intelligence out there in forms we can’t conceive.  Just as a chimpanzees can’t understand quantum theory, it could be there are aspects of reality that are beyond the capacity of our brains.” These points may, or may not, have been clear to Stephen King when he wrote Under the Dome, but he sure has pointed out in his novel why we shouldn’t contact aliens, ever!

How all of this ties into the TV mini series is something you have to find out yourself, by watching the entire thing. However be warned, it might not be the ending you would have hoped for. Most people were already quite disappointed with the ending of “Lost.” In all fairness Mister King’s series is not comparable to that mini-series in many ways, it is much shorter, and there are no polar bears. But remember this: it’s just as addicting, and will keep you on your edge of your seat. (And possiblly at the end of the series you might be somewhat angry, and flabbergasted. Don’t forget that we’ve warned you from the start.) Under the Dome truly is a warning; it states why we shouldn’t contact Aliens, and why we should thank our lucky stars they haven’t so far either. (Or at least we haven’t really confirmed that yet.)

This Stephen King created roller coaster ride, Under the Dome, will start on Monday night at 10, Eastern and Pacific times; 9, Central time. Be prepared, be warned but don’t miss out on the fun. It will be a very interesting watch.