Viruses Lose Against one of Nature’s Most Potent Members 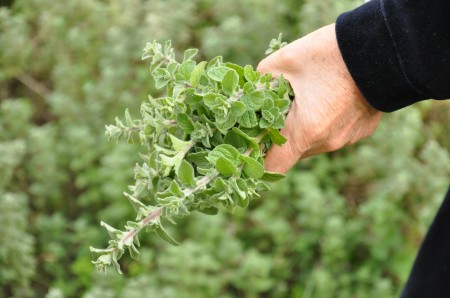 According to studies, we discover two brand new viruses every year.  By 2008, they had counted 188 different culprits and this year, the number has risen by at least eight more.  While we are discovering viruses, nature is armed to remedy the problem, our only issue is in becoming aware of what those answers are.  In one realm of reality, people are suffering from viruses such as herpes simplex, the common cold, HPV and others; in another scope of the game, viruses are losing against at least one of nature’s most potent members, oregano oil.

The same herb that Greeks would use to adorn newlyweds and Italians love to spice their pasta with is also a powerful healer.  That’s right, the herb also known as Mediterranean wild oregano (Origanum vulgare) has been killing viruses such as herpes simplex – which is responsible for smallpox,  cold sores, the human papilloma virus and MS -as well as the virus initiating the common cold.  This is major news, as so many believe the herpes virus is untreatable.  A study performed by Sidiqqui, documented in Medical Science Research, showed Oregano oil completely ‘disintegrated’ the herpes virus.

Many of the most common viruses, once received by the body, lay dormant in the spinal column, usually infecting the cerebrospinal fluid.  This is the case with herpes as well as other viruses.  Oregano oil applied to the spine can assist in ridding the body of these spinal captive viruses.  Losing against one of nature’s most potent members, viruses have met their match with the amazing plant, Mediterranean oregano.

Oregano oil is amazing and contains hundreds of compounds, many of which have as yet been unidentified.  Of  the known compounds, there are phenols, terpenes, esters and alcohols.  The phenols contain an aromatic hydrocarbon ring.  Phenols are powerful antioxidants and act on tissues with a caustic effect, explaining oregano oil’s action against cancer cells and microbes.  Terpenes consist of long-chain hydrocarbons, found in many plant oils and are soluable in fats.  Terpene rich oils are excellent when used in massage oils because of their fat solubility and natural anesthetic qualities.  The ester compounds in oregano oil are abundant and are noted for anti fungal as well as sedative actions.  Esters enhance blood flow through the body helping on feel relaxed, such as is found with both lavender and sage oils.  Finally, the alcohols in oregano oil are not the intoxicating kind, but rather antiviral in nature and the element we are most interested in when it comes to this topic of conversation.  Nature creates quite a plethora of alcohol molecules actually, many of which are highly medicinal and nontoxic.

Oregano oil is one of nature’s most potent members and one of the gifts helping eradicate nasty viruses immune to other methods.  Viruses, such as herpes and others, when faced with the power of oregano oil, are losing the battle and it is all thanks to nature’s plenty.

To use oregano oil it is important to be careful, as this spice is so potent it can have a burning effect if applied directly to skin or soft tissue undiluted.  Stories of genital herpes, shingles and cold sores clearing up are all from the topical as well as internal application of this herb.  When using topically, make sure to calm the heating effects by adding olive oil, at least a tablespoon for every 3-4 drops.  When taking internally, usually it is recommended to drop the oil under the tongue for best results.  Again, dilution may be required to avoid the harsh sensation this oil can leave.

Potent viruses, with previously no known cure are suddenly losing against one of the most potent members of nature’s family – Oregano oil.  Herpes simplex is perhaps the most intense virus finding long sought after relief from.  If you would like to use wild oregano oil yourself, visit your local health food store where this has become a popular item as of late.  More can be read about the benefits and properties of wild oregano oil, as well as amazing stories of healing in the book The Cure is in the Cupboard by Dr. Cass Ingram.