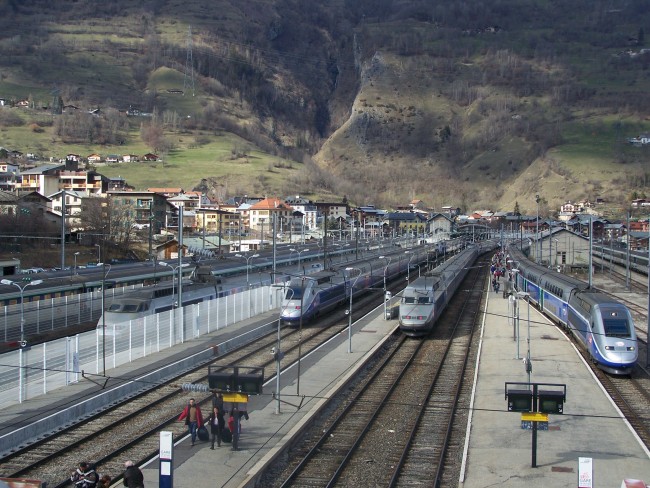 Monday evening two passenger trains collided head-on in Switzerland, injuring at least 40, of which four had what are described as ‘serious’ injuries.

The collision happened in Granges-Marnard, near the city of Lausanne, in the western French-speaking region of the country.

The accident transpired about 100 meters from the station.

“Many passengers were injured and were taken care of by rescue services,” one witness told ’20 minutes,’ a local transit newspaper.

One paper had the estimate of injuries at 40, another at 44.

The incident occurred about 7 p.m. local time.  Service between Moudon and Payerne has been suspended until further notice, and replaced by bus transportation.  The distance between the two cities is about 20 kilometers.

Tragedies involving trains have dominated the news for weeks.  The derailment in the Canadian town of Lac-Megantic killed 47 people, and the count has risen to 79 in Spain when multiple cars left the tracks as the high-speed train maneuvered a curve.

No fatalities have been reported, but at least 40 people were injured when two Swiss trains were involved in a head-on collision.