Tiger Woods at the British Open: A Preview 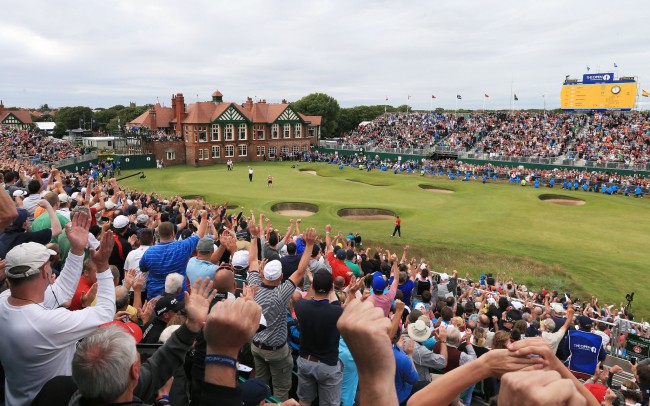 The third ‘major’ of the 2013 PGA season begins Thursday.  The British Open will be played at Muirfield, Scotland. Tiger Woods will be there. Here is a preview, and some questions.

Anytime there is a ‘major,’ the primary subject will be Tiger Woods.  He has won 14 ‘majors’ but continues to be in a holding pattern.  There have been 20 ‘majors’ played since Woods won his last.

This year’s British Open doesn’t bode well for Woods.  He tied for 32nd place in the U.S. Open, and the last time the British open was held in Muirfield in 2002, he finished 28th.  His last British Open win was in 2006.

Before the events of a Thanksgiving Day in 2009, everyone considered it ‘just a matter of time’ until Woods surpassed Jack Nicklaus record of 18.

Phil Mickelson has, at times, played brilliant golf in 2013.  The U.S. Open might have left its mark once again.

Mickelson was leading going into the final round on Sunday.  He ultimately finished in second place.  His best finish in the British Open was a second place finish in 2011.

But “Lefty” has been hitting the ball longer, and straighter, which should keep him in the hunt for a ‘major’ win.

The biggest question is Rory McIlroy.  He continues to be ranked the number two golfer in the world, behind Woods, but has not fared well in 2013.

McIlroy won four titles in 2012, including a runaway at the PGA, the year’s final major.  He has zero wins, and has missed three cuts.

Some golf ‘experts’ claim it was the switch to ‘Nike’ clubs that altered his brilliant swing.

But McIlroy has to be considered one of the favorites.  His driving distance has few equals, and his approach shots are frequently near perfection.  But, can he find his putting stroke?

Justin Rose is ranked number three.  After winning the U.S. Open, he finally experienced that elusive first major win.  The single doubt about his chances in the British Open is, ‘can he hit his drives far enough?’

So, what is Muirfield like to play?  It’s a windy links-style course, and has numerous hazards around the greens.  Previous winners at the British Open, in the 16 times it has been held in Muirfield, were Nicklaus, Gary Player, Tom Watson, Lee Trevino, Walter Hagen and Nick Faldo.

In two days, the best golfers in the world will tee-up at the British Open.  Questions will be answered, and the world will see if this short preview has any merit.