Millions of License Plates Being Recorded by Police [Video]

America, They Are Always Watching 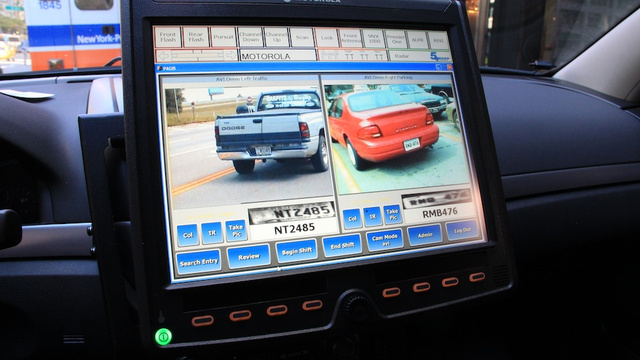 Law Enforcement has expanded its use of cameras. Over the past few years most areas have seen an increase police cameras attached to traffic lights. Those cameras were initially designed to catch “law breakers” who either ran a light or didn’t come to a complete stop at a red light before making a right turn on red. Now A rapidly growing network of police cameras are also capturing, storing and sharing data on license plates, making it possible to connect people’s movements whether they are stuck in a commute, driving to the beach or up to no good.

For the first time, the number of license tag captures has reached the millions, according to a study published Wednesday by the American Civil Liberties Union (ACLU) based on information from hundreds of law enforcement agencies. Departments keep the records for weeks or years, sometimes indefinitely, saying they can be crucial in tracking suspicious cars, aiding drug busts, finding abducted children and more.

Law enforcement officials say the scanners are strikingly efficient. The state of Maryland told the ACLU that troopers could “maintain a normal patrol stance” while capturing up to 7,000 license plate images in a single eight-hour shift.

Attached to police cars, bridges or buildings, major roadways and sometimes as an app on a police officer’s Smartphone, scanners capture images of passing or parked vehicles and identify their locations, uploading that information into police databases.

Over time with some of the information going into regional databases encompassing multiple jurisdictions, it’s becoming easier to build a record of where someone has been and when, over a large area. It’s also been noted that few of the agencies place any “substantial restrictions” on how the information can be used.

In 2012 the Supreme Court ruled that a judge’s approval is needed to use GPS to track a car. However, networks of plate scanners allow police effectively to track a driver’s location, sometimes several times every day, with few legal restrictions. The ACLU says the scanners are assembling a “single, high-resolution image of our lives.

So it’s not just FaceBook or other social media outlets that people have to worry about. Yes, their internet steps are being tracked and reported but so are the vehicles that transport them. Although less detailed than GPS tracking, plate readers can produce some of the same information; revealing whether someone is frequenting a bar, joining a protest, getting medical help or being unfaithful to a spouse and much more.

“It’s time for our legislators to put regulations in place to ensure that (these) systems are not used to create large location-tracking systems of innocent people,” wrote Jamela Debelak, the ACLU of Washington’s technology and liberty director, in a news release. “Legitimate uses of the readers should be specified, and there should be no retention of location information unless it relates to suspected criminal activity. In addition, collected information should only be retained for a limited time.”

“There’s no expectation of privacy” for a vehicle driving on a public road or parked in a public place, said Lt. Bill Hedgpeth, a spokesman for the Mesquite Police Department in Texas. The department has records stretching back to 2008, although the city plans next month to begin deleting files older than two years.

“At a time of fiscal and budget constraints, we need better assistance for law enforcement,” said Harvey Eisenberg, assistant U.S. attorney in Maryland. He also alleged the program has helped authorities track 132 wanted suspects and can make a critical difference in keeping an area safe.

It appears times have changed so much that we can no longer have both. So what’s your pleasure….safety or privacy? At this stage it really doesn’t matter because the spread of cheap, powerful cameras capable of reading license plates has allowed police to build databases on the movements of millions of Americans over months or even years, according to the ACLU report.