The Truth About Nelson Mandela: Dead or Alive [Video]

Become the Change You Want to See 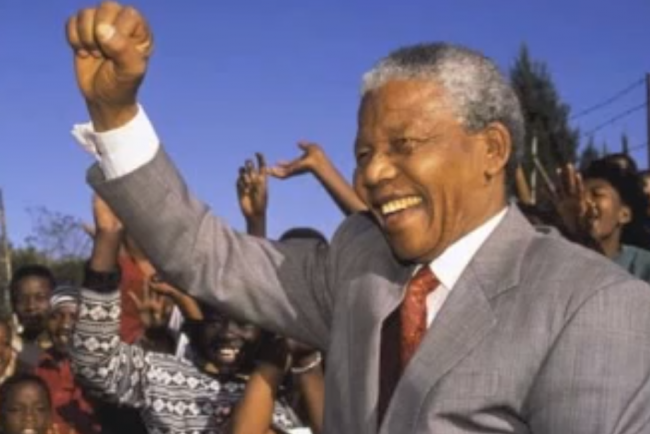 The whole world is in an uproar about whether the articles that they’ve read are true, concerning the former South African President and game changer, Nelson Mandela. The question still remains; is he dead or alive?

Unless one has physically been by his bedside they are left to depend on the news that will continue to be received via media outlets. The only thing the outside world knows as truth is the impact that the former president made, during his tenure here on Earth. Just as his life has inspired many he also was a man impacted by the inspiration of others.

World civil rights leaders—from Martin Luther King, Jr., to Nelson Mandela—have credited Gandhi as a source of inspiration in their struggles to achieve equal rights for their people.

On January 3, 2000, Mandela wrote an article about Mahatma Ghandi for TIME Magazine. In it, Mandela said: “He dared to exhort non-violence in a time when the violence of Hiroshima and Nagasaki had exploded on us; he exhorted morality when science, technology and the capitalist order had made it redundant; he replaced self-interest with group interest without minimizing the importance of self.” Mandela said that Ghandi inspired him.

Mohandas Karamchand Gandhi, known and adored by many simply as “Gandhi,” and recognized by millions for his leadership in nonviolent protests, was once quoted saying, “Be the change you want to see in the world.” He spoke these words in the midst of horrific treatment and slaughter of Indian people. Many believe he was destined from birth to advocate for humanity and to serve as a voice to the voiceless. But “being the change” has less to do with a chance and all to do with a choice. Gandhi chose to step up and be a minority in a society filled with followers. He shows us that although we may not spark an international revolution, we can make a difference in someone’s life. Mandela made a choice to do the same.

When people look at their life and what they consider to be their story, like many others, they remember the good times, the tough times and of course situations that made them laugh and cry. Hopefully, they will begin to notice a pattern. Life is filled with tests and cycles we process each day. Here’s the bigger picture; the tests of life one fails to learn today will certainly reappear tomorrow. If it seems that they’ve experienced the same few things again and again, most likely, they have been failing their personal “final exams.”

People often change external designs in hopes of getting a different experience. One can run, but can never hide from oneself. Wherever a person goes, they are there! The one common denominator in all those places is this: If you want to get something you’ve never had, you must begin to do what you’ve never done. Our lives on the outside only respond when there’s been a shift on the inside. It all starts with “being the change.”

Here is how to get started:

Game changers, history makers or icons; no matter what we call them, they all have one thing in common. They realized that the pain of being the same is far more dangerous than the pain of change. They were not born extraordinary; they just made the choice to impact lives. Guess what? Everyone has the same choice before them. When one can see what needs to be done, they have also been gifted with the power to make a change.

“Nelson Mandela showed us that one man’s courage can move the world,” Obama said during his evening speech at the university. He was flanked by a diverse array of students, underscoring Mandela’s vision for a unified “rainbow nation” for a country once led by a white racist government.

Mandela said that Ghandi inspired him, and this same inspiration was shown throughout his life. If the many people that are concerned with whether or not Mandela is alive or deceased would follow the model for change that he exemplified; he would live forever through our attitude and actions.

Mr. Nelson Mandela has died but whether he is alive or not is not as important as what he taught us when we felt sure of his status. Let’s focus on his vision of change and equality and let his mission live forever in those fortunate enough to have realized the impact his life has left on the Earth. Mr. Mandela “Became the change he wanted to see in the world.”