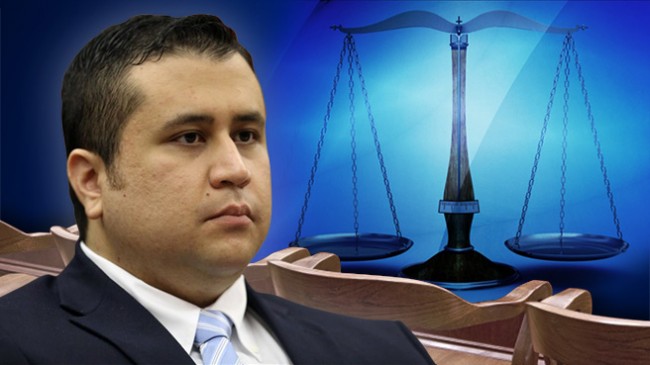 In a trial that has ignited national debate about gun laws and race relations, the prosecution rests. George Zimmerman, a neighborhood watch captain, is accused of second-degree murder in the fatal shooting of 17-year-old Trayvon Benjamin Martin in February 2012 in Sanford, Florida.

Prosecutors wrapped their case against George Zimmerman on Friday afternoon after the mother and brother of teenager Trayvon Martin testified Friday that they believed the screams on a 911 call seconds before his death were his, not those of Zimmerman. The medical examiner who performed the autopsy, Shiping Bao, finished his testimony with the revelation that Martin was likely still alive for an additional minute after being shot. Bao also said Martin still would have had no chance of survival.

Late in Friday’s court proceedings, Defense attorney Mark O’Mara made his pitch for acquittal. Judge Debra Nelson denied the motion — after which, around 5 p.m., the prosecution formally rested its case.

While the verdict still remains unsettled, one thing is clear: When this case concludes, most of the world will return to their lives as usual. Life for the Zimmerman clan nor the Martin family will never be the same. Regardless of how this case finalizes, both families will have to adapt to a new normal. For more than a year, their lives have been in neutral. With all the commotion surrounding the loss of a son and the possible conviction of another, both parties have found themselves stuck in victim land with no real exit strategy. The question remains; “how will they find their way back to significance and security?”

According to Abraham Maslow’s ground breaking work in the field of psychology and human behavior, it is noted that some of the top needs of all humanity are significance and security. This is why a traumatic experience can be difficult to overcome. Once people have been victimized it affects them in both of those top two areas. When a person’s well being has been compromised, they must begin a journey toward wholeness that has no set time of completion. At times it will be lonely and confrontational. But if they endure the process, they can enjoy the promise of a better self.

Often when a court case is being decided, the issue before the judge is twofold; first, what are the punitive damages suffered and what will it take to make this person ‘whole’. Wholeness is at the root of all decisions exacted in the proceedings. The thought is to put a price tag on this person’s suffering in an effort for them to return to the state they were in before the incident happened. That may work well for the exterior issues, but how can punitive damages or even jail time; speak to the wrong suffered internally? There are things many people have gone through that no amount of money or property recovered will ease the pain. The fact is, only the “infected” individual holds the key. Here is a road map out of ‘Victim Land’ for those who have wandered too long:

Everyone has had something happen to them that affected their emotions. But as long as they hold closer to the reason and not a new reality they will stay a victim. The fact that anyone is still here is proof that their DNA is infused with the ability to conquer anything. The only limitations that exist are in a person’s own thinking. While no one can adequately predict what will happen to these families after the trial has been decided, one this is certain; they will both need a strategy that will lead them out of victim land back to the land of significance and security.