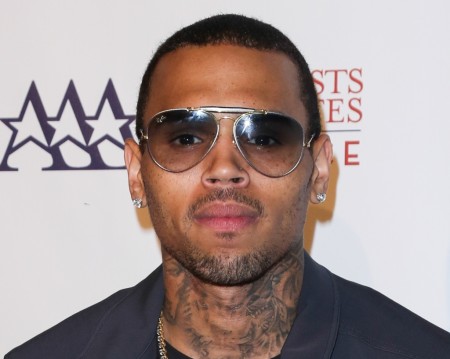 Chris Brown is not a happy chappy right now. After he turned himself in to the police and spent less than 45 minutes in jail where he pleaded not guilty to the hit and run charges from May this year, the irate singer has said that he’s quitting music.

MTV has reported that records from the Los Angeles County Sheriff’s Department show the singer was booked at the Van Nuys jail around 2:40 p.m. and was released by 3:22 p.m.

The 24 year-old performer has repeatedly denied that the accident in May this year was a hit-and-run. He’s had the two lesser charges of driving without a valid license and proof of insurance dropped. Brown allegedly hit another woman’s car at a red light and then reportedly fled the scene. The end result of this collision was that Brown’s probation was revoked.

Brown got onto his Twitter account and tweeted his dismay and anger at the entire situation. On June 25 he tweeted, “It’s not a hit and run if u get out the car, exchange information (who has NO DAMAGE to either cars).This is really ridiculous.”

On Twitter today Chris Brown tweeted that he was quitting music as he’s fed up with the unwanted attention and that he’ll be retiring from the business. He tweeted, “Don’t worry mainstream America. After this X album, it’ll probably be my last album.”

So it could be that Brown is disgusted enough with the ways things are going for him right now that the album due to be released on August 20 this year, could well be his final one.

Brown has had a angst filled time of it this year. Earlier this year, in his Los Angeles neighbourhood, people who lived on his street complained at the artwork he’d put on his garage and house wall. Then last month, a judge revoked Brown’s probation from his 2009 assault on former girlfriend Rihanna because of the hit-and-run case.

For right now, Brown is free until the August 19 hearing about the revoked probation, but he could get up to four years in jail if it’s decided that he’s violated his probationary terms.

While there was no comment from the Brown camp via a rep or a spokesperson, the singer has been letting his feeling known on Twitter. He tweeted, “Being famous is amazing when it’s for ur music and talent. I’m tired of being famous for a mistake I made when I was 18. I’m cool & over it!”

Browns “mistake” tweet was retweeted over 10,000 times within an hour of his posting it on Twitter by his fans and social followers. One fan tweeted back to the singer, “@chris brown you’re one of the strongest person I’ve never known please don’t let these bastards win you’re stronger!”

But it looks like Chris Brown has had enough. He is quite right in his bitter summation of fame and the connection to talent. It is very amazing when you’re recognised for the right reasons. His past history with Rihanna is just that…past. The fact that he’s letting his frustration rule his decision of quitting music is sad and, perhaps, just a tad irrational. He may feel differently after the August 19 hearing.