Elysium a Dirty, Cheap Film According to the Director

But One To Watch 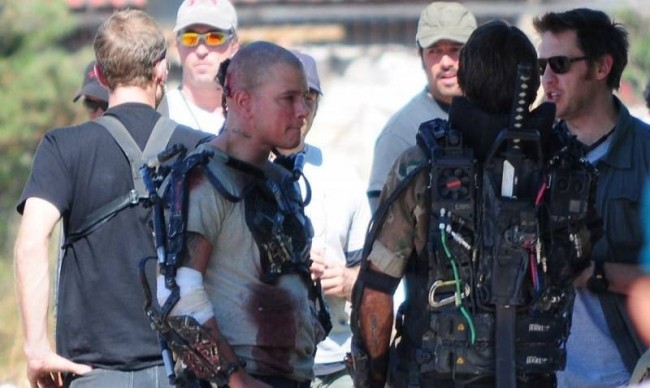 Jodie Foster was pleasantly surprised yesterday. She hadn’t expected such media attention for her new movie ‘Elysium.’ Foster was in Westwood, California, for the premiere of ‘Elysium.’ The premise of the movie isn’t all that uplifting. It actually depicts a dark and somber future, without any light at the end of the tunnel. In addition, the way the movie has been filmed makes it look like a dirty, cheap film, according to the director. The rich, live in this future world in a permanent space station, which has everything these people could ever wish for. If they get so much as a stubbed toe, torn nail or split ends, a doctor will be readily available to fix the problem. The ‘normal’ people have been left behind on Earth. This new Earth has been completely transformed into a collective “Third World” type scenery. The rich do not want the stinky, criminal Earthbound people to gain access to their paradise. Jodie plays the character of the person responsible for preventing the ‘normal’ people of actually getting on-board the spaceship.

According to the director and writer, Neil Blomkamp, ‘Elysium’ isn’t about the future; it is actually happening right now. He made this statement during the press conference for ‘Elysium.’ Neil got the idea for the movie from a very unexpected experience. He stated: “I got arrested in Tijuana in 2005, and I was on the other side of the border where the police dropped us off,” he added: “We had to walk back for about an hour, and I could see the U.S. border floodlights — this movie is basically that.” He thought this situation would call for a dirty cheap film style.The world might look bleak right now due to the financial crisis and other circumstances, but if it is really true, that there is such a difference between rich and poor, then why not have the debate. What do you think? Does Neil have a point? Or do you think it might be possible this dark ‘Elysium’ future will become a reality? Listen, we are in it together and we have the possibility to turn our future and fortunes, for that matter, around. Nothing is set in stone and nobody can ever demand us to do anything we do not want to do. Therefore, we still have a chance to change this ‘Elysium’ future if we all work together.

Matt Damon had some other interesting facts to share. He said:”If you see a great movie, it can’t be made by accident,” Damon said this while he walked the gray carpet for the movie premiere: “When I saw District 9, I just knew there was a great director behind it with an original voice, so I just put him at the head of the list of people I wanted to work with.”

Simon Kinberg praised director Blomkamp for his frugal abilities. He said: “This film is a lot cheaper than a lot of the other summer tent poles, largely because Neill has such a clear vision for what the film is, so there’s not a lot of re-imagining while you’re shooting.” Simon added: “This film was made probably for half of what it would have been made for with a different filmmaker in a different situation at another studio.”

Director Blomkamp has a more humble take on things. According to him: “[I’m] just a dirty, cheap filmmaker,” he added: “My style is hand-held cameras and dirty, natural light. It’s not overly slick.” Therefore ‘Elysium’ might be a film to watch, not only for its story but also for the strange way it was filmed.