Quite Emotional During Press Conference 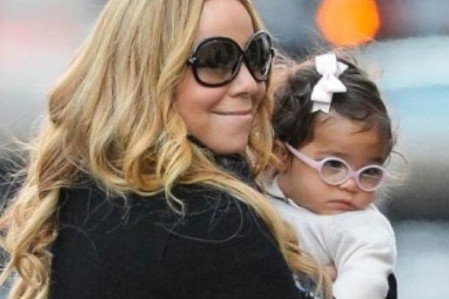 Mariah Carey, who has a small part in the controversial movie “the Butler,” was harassed by classmates when she was a teenager. She talked frankly about the way she was treated, and that she can relate to the characters in the movie. She was spit on, just like it was shown in the movie. Carey revealed this shocking truth during a press conference, which was recently held for the movie. Carey also spoke about the fact that she wants “The Butler” to be shown in schools as educational material. She believes that children should know what went on in the not so distant past. Her role in “The Butler,” is one that might surprise some people, because Mariah doesn’t portray a character, which is inline with her public persona. She plays a mother of a slave in the movie.

“The Butler” is about the way Afro-Americans were treated at the beginning and middle of the past century. The way the directors chose to show this, is remarkable. They have created the movie in such away that we, the public, can view the story from the perspective of the Afro-American butler. The butler is portrayed by award winner Forest Whitaker. The movie is based on a true story. The part of the movie that Mariah Carey found the most troubling to watch was the one where a colored student, Yaya Alafia, gets spit on in a café, just because she didn’t want to sit in the back of the establishment. Mariah told the press during the conference that she could relate, and that she had found this particular scene very difficult to watch. She added that when she was on the school bus she was spit on by her classmates, and the spit landed right in her face. Therefore Carey thinks it would be wise if “The Butler” would be shown at schools as educational material. She wants to prevent the same event from happening to others.

Mariah Carey has been open before about her struggles with her racial background. Her father is Afro-American and her mother is white. Therefore, she felt like she didn’t belong. Her perception was supported by the way the other children treated her. She wasn’t white enough to fit in with whites and she wasn’t black enough to fit in with the other groups. Quite a difficult and upsetting situation to be in as a child.

Mariah did have difficulties emotionally during the press conference, she thinks it’s such a tough topic.

“The Butler” is about the struggles the Afro-American community went through to get equal rights. The movie shows a lot of violence, discrimination and embarrassments, which was an everyday occurrence for most Afro-American people at that time. The movie might not be the easiest to watch, but it does seem like a great movie to educate people and make them aware of the struggles, hurt and down right unequal ways some Americans have been treated in the past by others.

Do you think this movie should be shown at schools as educational material? Or do you think what Mariah Carey wants, is too much? Let us know in the comments.