Immortality-the Death of Alzheimer’s and Cancer 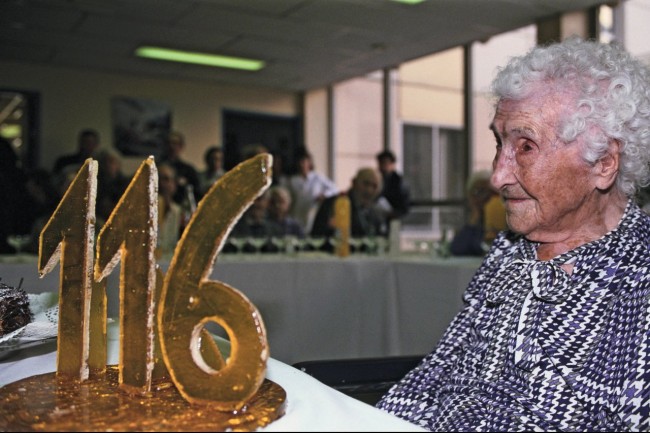 What, do you imagine, does immortality really look like? Is it like vampires, seemingly frozen in time, unchanging? Is it more like consciousness continuing in a machine? Does immortality mean the death of disease, a slowing down of the aging process, and the end of things like cancer and Alzheimer’s?

There are scientists who imagine that immortality is unlocked biologically by turning a gene on or off. For those of you who have followed the story of Gabby Williams, there may be some potential for that to be true.

Gabby is a young girl, now age eight, who has a rare genetic disorder that causes her body to stay the same. She just recently weighed in at 11 pounds and is now able to wear three to six month old infant clothes. Medical researcher Richard F. Walker believes that Gabby’s damaged gene holds the key to inducing human immortality.

There are other scientists, like Ray Kurzweil, founder of Singularity University, who believe human immortality will come not from our biology, but from our technology.

Singularity University, in partnership with groups like Google, are trying to push and accelerate the boundaries of artificial intelligence. The group believes that eventually machines will not only gain intelligence, but rocket far beyond what humans are capable of being. They seem to think that through the use of artificially intelligent machines we will evolve into a state of immortality, becoming an entirely new kind of species.

There are immortal beings found in every mythology around the world who do not know aging, cancer, or Alzheimer’s. In fact, the old Testament of the Bible talks about how humans had life spans that bridged millennia before something changed. Every early myth portrayed immortal gods walking amongst man.

There seems to be a sliver of truth behind every mythology, but that truth may not always match up with our current popular version of reality. Many have wondered, from a scientific, philosophical, and religious standpoint why we age and die. Perhaps it is because we do not wish to be here for millennia. Or, perhaps more accurately we have believed the lie that we are not immortal, but are susceptible to disease and aging.

Mystics, healers, shamans, teachers of nearly every kind have talked about human immortality to one extent or another. The idea that everything is already built in to what we are as human beings seems very appealing to many people.

There is something about the ‘natural’ order of things and that seems to go along with the ‘ancient wisdom’ of our forebears. Not to say it is the best way, nor does it seem that we should forsake what we have learned, but there is a healthy balance which can be struck between ancient wisdom and modern technology.

The thought of having some medical company stopping the aging process by damaging DNA might be very appealing to some. Intentionally harming the natural structure of things may not be the best option, however.

One the other hand, transferring consciousness into some mechanical body, either by brain removal or some kind of data transfer, also has some aspect that inherently feels wrong. Even the idea of replacing body parts or augmenting body parts by machines sounds a bit disharmonious.

One of the greatest truths about American culture is we all want things to be easy. We want the magic bullet, the magic pill, the magic treatment that will let us be hotter, skinnier, healthier, better, without any real effort on our part. However, that is not how life works. One must be motivated, putting in all the time and energy to make life happen. It is hard sticking around when it’s getting tough and challenging; whether that is our job, our family, our romance, but especially when it comes to ourselves.

It’s all encoded in our being; whether you need to call that DNA or something else doesn’t really matter. We have the potential to be everything we could possibly imagine. The only limitations we have are products of our own creation and there is no reason to think those don’t include aging.

Science can tell us a great many things about why something happened. Once it has figured out why something happened successfully a certain number of times, it can then project what might happen in the future, but it’s still only a guess. Yet, everyone seems to agree that finding immortality will be the end of disease like cancer and Alzheimer’s, however we end up getting there.

Immortality-the Death of Alzheimer’s and Cancer added by Iam Bloom on August 19, 2013
View all posts by Iam Bloom →