Immortality Will Be Delivered by the Singularity Say Scientists 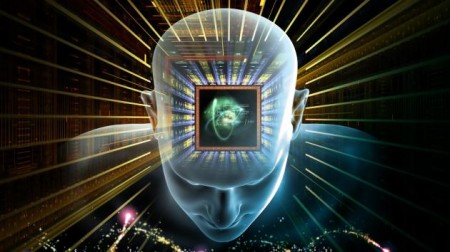 The Singularity is an era in which our intelligence will become increasingly nonbiological and trillions of times more powerful than it is today—the dawning of a new civilization that will enable us to transcend our biological limitations and amplify our creativity.

To put this in layperson’s terms, the Singularity is the exact moment in time when computers, in all their incarnations, become smarter than people. When this occurs, computers will be able to grow exponentially upon themselves and reproduce themselves, and their intelligence, billions of times faster than human intelligence can grow.

It sounds identical to the plot of many science fiction films, but rest assured, real scientists are feverishly working toward making this rather far-out sounding vision a reality. At Singularity University, computer scientists, top entrepreneurs, and giant corporations come together to expedite the moment of Singularity via intensive study led by top technology evangelists and experts. It should come as no surprise to anyone that one of the corporate founders of Singularity University is Google.

We travel the world to facilitate disruptive thinking. Singularity University has a number of global initiatives that provide a multidisciplinary approach for understanding the core concepts and trends for exponential technologies, and also how the culture of innovation and entrepreneurship in Silicon Valley is facilitating these developments. This knowledge enables understanding for how these exponential trends will transform companies, industries, and societies through the breakthroughs these technologies will create.

Within a quarter century, nonbiological intelligence will match the range and subtlety of human intelligence. It will then soar past it because of the continuing acceleration of information-based technologies, as well as the ability of machines to instantly share their knowledge. Intelligent nanorobots will be deeply integrated in our bodies, our brains, and our environment, overcoming pollution and poverty, providing vastly extended longevity, full-immersion virtual reality incorporating all of the senses (like “The Matrix”), “experience beaming” (like “Being John Malkovich”), and vastly enhanced human intelligence. The result will be an intimate merger between the technology-creating species and the technological evolutionary process it spawned…We’ll get to a point where technical progress will be so fast that unenhanced human intelligence will be unable to follow it. That will mark the Singularity.

To summarize: Kurzweil and his cronies at Google are actively seeking to put an end to humanity and create a new species altogether.

The technology evangelists who are working toward the Singularity feel certain that this new species will be benign; that is, that the new species will want to solve problems in an altruistic way. The fact that some of today’s humans may not want to have “nanorobots deeply integrated into our brains, our bodies and our environment” is of no concern to Kurzweil and Google whatsoever.

According to Kurzweil, scientists have come “much farther than people realize” to “reverse engineer the human brain.” He also says that nothing will be important except for information technology; so we can forget about most of the things we now hold dear in our current lifestyles. “Ultimately, everything of importance will be comprised essentially of information technology,” he says.

According to Kurzweil, immortality will be delivered via nanorobots that will travel within our bodies and reverse the aging process. We will be able to order designer babies and re-design ourselves:

Biotechnology is providing the means to actually change your genes: not just designer babies but designer baby boomers…the nanotechnology revolution…will achieve maturity in the 2020s. With nanotechnology, we will be able to go beyond the limits of biology, and replace your current “human body version 1.0” with a dramatically upgraded version 2.0, providing radical life extension…As we get to the 2030s, the nonbiological portion of our intelligence will predominate.

For folks who are concerned about abuses of such technologies and the dangers of nanorobots, or even those who possess a love of all that is natural; perhaps peace can be found in knowing there is nothing you can do about it. Google and like-minded individuals in Silicon Valley will have their way. Their concern lies with their own profits and the profits of all technology evangelists; the destruction of all that is natural; domination of the human race via nanorobots and the realization of all of their hard work. But hey, they can deliver immortality via the Singularity, so sit back, relax, and watch as the human race disappears. It will be replaced with a new species of “thing;” a species which is immortal, and in which the natural human experience-the core of humanity itself-is no more.