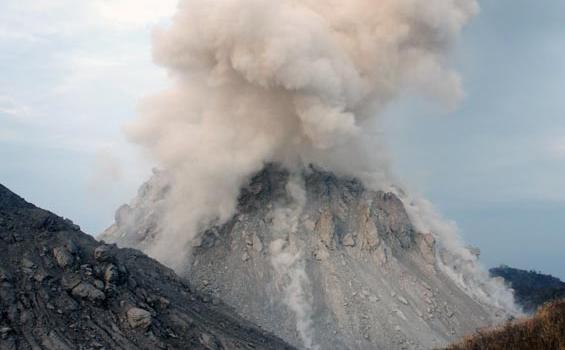 According to AP, 6 people have been tragically killed in Indonesia, as hot magma surged through a nearby village, this Saturday.

The volcano, Mount Rokatenda, situated in the province of East Nusa Tenggara, released its volatile contents, as plumes of hot ash were forcefully ejected, some 2,000 meters into the atmosphere.

The victims of the incident, including 2 young children and 3 adults, were alleged to have been sleeping, whilst the volcano violently erupted. Reports from the National Disaster Mitigation suggest that the volcano erupted early Saturday, after almost 3,000 individuals were forced to flee their homes, within the region of Palue Island.

The volcano had been showing signs of activity for some time; the incident was anticipated, since Indonesia lies along what is classically known as the “Ring of Fire”, comprising a number of precarious fault lines.

The bodies are yet to be found, although they are believed to remain in the village of Rokirole. We await further developments.