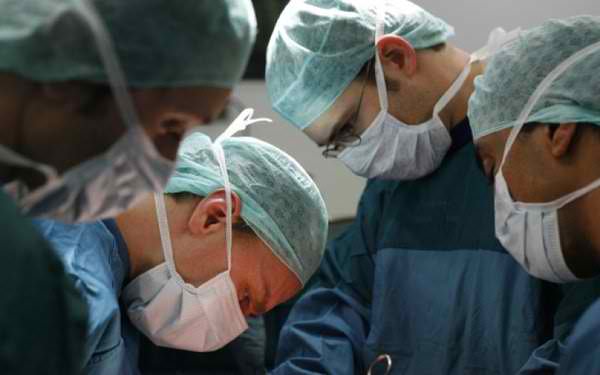 A family is upset about a nurse who threw out a brother’s kidney before it had a chance to be given to his sister. The family is still hurt because of the negligence of the hospital and has decided to speak out about it. They initially thought Sarah Fudacz had died because her surgery was over so soon.

Sarah’s kidney transplant was scheduled after she suffered kidney failure in her teenage years. She was diagnosed in March 2012 with stage 4 renal failure. She was in desperate need of a transplant. Before being put on the transplant list she suffered painful dialysis many times a week up through her mid-twenties.

At that time everyone of her family members that were 18-years-old and above were tested in hopes of finding a match. The only person that turned out to be a perfect match was her younger brother, Paul Fedacz Jr.

Paul Jr. said that once he learned he was the match he was excited but freaked out all at the same time. He said he was thrilled that he was given the opportunity to help his sister but scared about losing an organ.

Next came time for the surgery. The surgery was scheduled in August at the University of Toledo Medical Center. Paul Jr. and his sister, Sarah were prepped for the procedure and taken to surgery; both of them excited and nervous.

Sarah was finally getting help by receiving her brother’s kidney and anticipated waking up to a new start. To Sarah’s surprise she awakened but had not had surgery. One of the nurse’s had thrown the kidney out by accident.

In the interim a staff member from the hospital had removed the Kidney from the trash but it was no longer usable. Sarah said she saw the kidney in an incubator type container but it was contaminated with particles from being in the waste. Sarah said when she saw it and realized she had not been cut that she knew that kidney was supposed to have been transplanted into her.

Meanwhile, their parents, Ellen and Paul Fudacz Sr., were oblivious sitting in the hospital waiting room anxiously waiting for their children’s surgery results. They expected Paul Jr. to be the first one out of surgery because he went in first. To their dismay they saw on the hospital electronic board that their daughter was out first. Immediately they thought the worst.

Ellen said she was so afraid because she thought her daughter was dead. She said they were left there for a long while without anyone saying anything to them.

Once Paul Jr. awakened from his procedure to find out what had happened to his kidney he immediately felt disrespected. He said hate continues to build as a result of this negligence.

The University of Toledo Medical Center later helped Sarah by locating another kidney and even paid for her to get to Colorado for the surgery. The surgery was a success. The hospital continues to deny medical negligence and wish to have this case dismissed.

The hospital has apologized and said they have done their best to remedy the situation and to assist them as they transition on from this as smoothly as possible. They added that they do understand the legal realities but have worked hard to learn from this as well as educate other hospitals in hopes to make worldwide transplant procedures more safe.

The Fudacz family is suing the hospital because they feel that is not sufficient. Paul Jr. is without a kidney and the pain of the entire ordeal has affected this family greatly. They also said they are grateful that Sarah received a kidney but it isn’t a perfect match and won’t work as well or as long as her sibling’s would have.

After the incident happened Sarah had to endure four surgeries, more dialysis, and the everyday stress related to the uncertainty that a suitable kidney would be found.

The family said they had hoped to steer clear of a lawsuit but there was no way around it. The family and the hospital are still in the midst of the suit battle and have not reached any agreements as of yet.