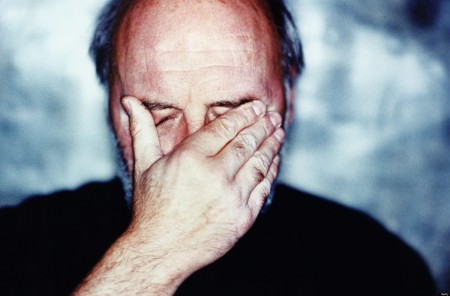 While millions of Americans struggle with depression every year, depression was once presumed to be far more prevalent in women than men, but with recent studies revealing that men may be far more susceptible to depression than realized. The issue arises, though, that men are not nearly as likely to seek help or treatment. Whether it’s the result of societal expectations of men or an aspect of male genes, men are also far more reluctant to discuss and share their feelings and emotions.
Past criteria for diagnosing depression, which proved to be accurate in women, included sadness, inability to sleep, and a general disinterest in participating in usual events in their lives. For men, however, these symptoms don’t seem to be identifying and helping to diagnose men struggling with depression. For men, instead, more common symptoms of depression appear to be anger, drug abuse, and general aggression–significantly different than the symptoms prevalent in women.
Another aspect of facing depression–and seeking treatment–for men, is the issue of acknowledging weakness. Certainly at least partly due to societal expectations, men are “supposed” to be consistently confident, in control, and unemotional. Acknowledging a struggle such as depression absolutely requires the willingness to admit to a “weakness” or vulnerability.
The good news, however, is that depression is treatable–for both men and women. A 1999 study from Yale University emphasizes that exercise, even something as simple as 30 minutes of brisk walking three times a day, has proven to successfully relieve depression more so, even, than anti-depressants.
In today’s society, it’s not likely your doctor will first recommend more exercise when diagnosing depression, but for both men and women this can be crucial. Instead, explains Psychologist Roger P. Greenberg, PhD, anti-depressants such as SSRIs are the go-to quick fix despite the fact that they do not prove to be consistently effective.
Greenberg goes on to explain that depression is often assumed to be a biochemical imbalance, easily cured by pharmaceuticals, but, he continues, “there is a not a lot of evidence that there is such a thing” as a biochemical imbalance.
Can depression be the result of a biochemical imbalance for some? Absolutely. Reports from The Journal of the American Medical Association do demonstrate that antidepressants can be most effective for “severe cases” of depression. Other studies have shown that particular antidepressants, such a Paxil, can actually increase suicidal thoughts, so awareness and caution should always be used when taking new antidepressant medications.
In 2004, the FDA warned that “children and adolescents taking antidepressants might have an increased risk of suicidal thoughts and behaviors.” This is precisely why Greenberg is suggesting that more people struggling with depression first consider what’s going on in their lives and self-care that could aid in their treatment and recovery before turning to pharmaceuticals.
The participants in a study organized by Lynette L. Craft, Ph.D. and Frank M. Perna, Ed.D., Ph.D., demonstrated that 30 minutes of cycling 4 times per week for 6 weeks significantly reduced levels of depression. In another study, again organized by Craft and Perna, walking for 30 minutes on a treadmill 10 days in a row resulted in “clinically relevant and statistically significant reduction in depression” based on the Hamilton Rating Scale for Depression.
Whether a man struggling with depression seeks clinical treatment or not, it is clear that pharmaceutical treatment is not the most effective route, but regularly exercise has proven to be significant for long-term benefits and improved levels of happiness.
Written by: Ginger Vieira
Source 1
Source 2
Source 3
Source 4
Source 5
Source 6

2 Responses to "Men with Depression and Effective Treatment Options"