Slams His Gavel For the Last Time 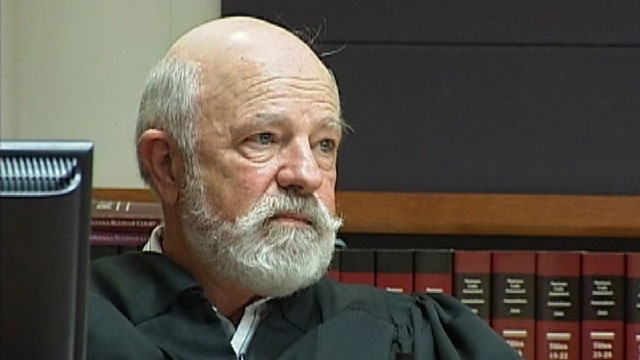 Judge G. Todd Baugh is facing calls to step down immediately after issuing a mild sentence to a teacher who admittedly raped a 14-year-old student. He sentenced the former teacher to 30 days for the rape of a minor. The Yellowstone County District Judge is seeking re-election next year on the heels of this and the many other times he’s come under scrutiny.

This last incident comes just after this Judge was criticized by the office of the Commissioner of Higher Education for dismissing what would have been a woman’s 13th conviction for driving under the influence; just last month.

The internet has been flooded with petitions for Baugh’s resignation. The final straw for this community was when Baugh decided not to impose a tougher sentence on Stacey Dean Rambold.

Rambold had sexual relations in 2008 with Cherice Moralez; a 14-year-old teen. In 2010 as the case climbed through the courts the teen committed suicide. Once the teen died the prosecutors offered to dismiss pending charges and long as he admitted to one rape charge, went through a treatment for sex offenders and a few other requirements.

Rambold’s case reopened when he chose to withhold information from counselors about other relationships he had with women. This was a violation of the deal. It was then up to Baugh to punish Rambold in relation to his crime.

In a controversial ruling Judge Baugh sentenced this rapist to 15 years with every day suspended except for 30 days. The mother of the now deceased teen victim, Auliea Hanlon, called the Judge’s ruling a travesty. What really upset her was when Judge Baugh implied it was her daughter’s fault. The judge said the girl looked older than she was and had just as much control as the man who violated her. Hanlon feels that the abuse caused by Rambold was a major contributor to her daughter’s solution of suicide.

This was not the first adverse ruling the judge made this year. In July Baugh issued a three year sentence for a felony criminal endangerment charge. He suspended the entire sentence and allowed this 55-year-old woman to go free. This was her thirteenth conviction for driving drunk. According to the Commissioner of Higher Education the judge released the woman and told her that if she drinks and drives and then kills someone she would then get real prison time. He let her go with a warning after 12 prior convictions.

Baugh has since apologized but that’s not sufficient according to this community. On Wednesday Baugh said, “I made some references to the victim’s age and control; I’m not sure just what I was trying to say, but it didn’t come out right. What I said was demeaning to all women, but not what I believe in and irrelevant to the sentencing.” He also claimed he would file an addendum which would better explain his reasoning, to the case.

Baugh was an attorney in Billings and served as a United States magistrate before becoming district court judge. Baugh has served as a judge in Yellowstone County since 1984. The judge has issued hard-hitting sentences in rape cases prior to this one but it appears now that his gravel has run its course.

This last ruling has sparked a wide spread backlash on the judge. Once his comments hit the web they went viral. As of 8 o’clock Thursday morning the online petition had reached 26,350 supporters in hopes of his resignation. If he doesn’t resign they plan to vote him out in the 2014 election.

Rambold is now 54-years-old and will serve 30 days in jail. Upon release he will serve the remainder of the 15 year sentence on state supervised probation. His attorney claims that Rambold has already started another program for treatment.

Meanwhile his victim is deceased as a result of his crime and if the petitioners have their way Judge G. Todd Baugh will have slammed his gavel for the last time in Yellowstone County District Court.