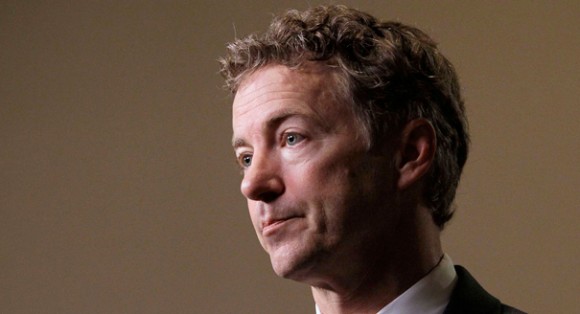 “There are some people, who, for their own sake, should take a very deep breath before they talk about race,” said MSNBC’s racist presenter Joy Reid on Saturday. By “some people” she means, of course, white Conservatives. Reid is quite possibly the most dishonest and divisive figure on MSNBC; which is quite an achievement, considering that channel’s line-up. Like every other MSNBC presenter, she has no interest, whatsoever, in honest debate. After commenting on twitter that she is regularly called the “N-word” by Conservatives, this writer challenged her to prove it. Her response was to imply that I was a Nazi and then block me. That tells us everything we need to know about Reid’s honesty, integrity and intelligence – or, rather, he complete lack of any of those qualities.

Her latest rant was provoked by comments made by Kentucky Republican Senator Rand Paul. In reference to the ongoing attempt by the Left to divide America along racial lines, the Senator reportedly told an NPR-affiliate “I don’t think there is objective evidence that we’re precluding African-Americans from voting any longer.” He, is of course, correct; there exists not one objective study, or set of statistics, that prove black people in the United States are disenfranchised, other than being economically disenfranchised by the Democratic Party and the policies of the Obama administration. There is no evidence that, in states that have voter ID laws, black participation in elections has been reduced since such laws were put into practice. As reported in the Atlanta Journal-Constitution, turnout amongst black and Hispanic voters has actually increased in Georgia since that states introduced a law requiring voters to produce a photo ID.

There are, however, two relevant facts that should be considered when discussing voter suppression and voter ID laws; firstly, that many thousands of US military personnel, serving overseas, were disenfranchised during the last presidential election, since they did not receive their absentee ballots in time to cast votes. There can be little doubt that the majority would not have voted for the President and, therefore, there can be little doubt that they were deliberately prevented from voting. The second interesting fact is that there is not one state in the US where a person, regardless of their economic situation, is completely unable to obtain a photo ID. The only people in the entire country who have no way of obtaining some form of acceptable identification are illegal immigrants in some states – it should be noted that there are several states that allow illegal immigrants to obtain driver licenses. Many states will provide IDs at no cost and others will allow a person to vote if they sign an affidavit stating that have been unable to obtain an ID.

The talk of voter-suppression is merely part of the Progressive agenda that aims to take complete control of the ballot box. They intend to make the electoral process a free-for-all which will enable them to rig every future election. The numerous examples of fraud in the last presidential election prove this.

When the subject of racism is raised in the United States today, the common refrain from the Left is that we should have an honest discussion about the state of race relations. The moment, however, that a Conservative opens their mouth, they are immediately told that they have no right to comment – or they are simply dismissed as a racist. On the Left, there is not one black politician, celebrity or media personality who wants to discuss race-relations with a white person; although they will grudgingly tolerate it, so long as the white person in question is a supporter of the President.

The truth is that the Left does not wish to have an honest debate about any issue; neither the President nor any of his advisors, his loyal lap-dogs in the mainstream media or any of his subjects, sometimes referred to as ‘supporters’, have ever shown a willingness to involve themselves in a mature and open discourse on any of the issues affecting the United States today.

The country is now at the point where one side of the political divide is attempting to shut down any discussion, dissent, criticism and critical thought at every turn. As a result, the US is rapidly approaching dictatorship. MSNBC is facilitating this by hiring dishonest racists such as Al Sharpton, Toure and Joy Reid. Not one of these individuals has the courage to engage in a real debate; they simply indulge in name-calling and making statements that they cannot possibly support with objectively verifiable facts. Rand Paul’s comments provoked Reid, not because anything he said was untrue or offensive, but purely because he is a white Conservative and therefore – by her standards – ineligible to express a point of view.

An Op/Ed by Graham J Noble