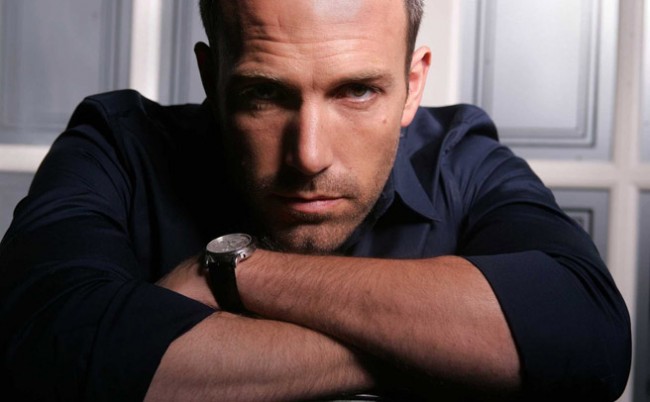 Thanks to all those Twitters tweeting, the word is out for good or bad! Ben Affleck has been cast as Batman, the world’s most popular Superhero.

Ben, 41 will star alongside British actor Henry Cavil, 31, who in the sequel will again play the role of Superman.

This is the first time in movie history that the Caped Crusader will join forces alongside Superman in the 2015 Superman sequel Man of Steel. This summer the box office hit Man of Steel earned more than $650,000 million worldwide and still counting.

The New York Times reports that Dark Knight Trilogy, Actor Christian Bale was again offered the role as Caped Crusader, but turned down the $50 million dollar proposal. No reasons were given for Bale’s decision.

Zack Snyder will direct the not yet titled Superman sequel. Production begins the first of next year and is scheduled for release July 2015. Returning cast members include Diane Lane, Amy Adams, Laurence Fishburne.

The reaction to casting Ben Affleck as the Superhero created a gamut of reactions good and bad throughout the Twitter corridor. From pleasing hot to critically cold, fans and critics alike tweeted with the following:

“In the Ben Affleck version, Batman’s parents kill themselves.”

“Would everyone mind tweeting that Affleck is the new Batman?  I need to hear it 1252 times before it sinks in.”

“As an actor who has been undercut by premature criticism in the past, I applaud Affleck for his bravery in stepping …”

So what is all the fuss about Ben Affleck being cast as the new Batman?

In 2003 co-staring with his now wife Jennifer Garner, Affleck starred as a Superhero in the picture Daredevil. The film received poor reviews and was a media flop. The negative publicity has nothing to do with Director Mark Steven’s use of brilliant sound and effects that kept the audience from walking out the door. But, ironically the film failed because Affleck did not have what it takes to pull off the shining, screen power needed in getting the most from a Superhero. Along with the lack of chemistry interlaced between he and co-star Garner, Daredevil received poor reviews.

Since then 10 years have passed. Affleck is no longer a new kid in Hollywood, but has gained experience and has matured into a reputable actor and director since his Daredevil days. The actor might even be too good of a fit with his strong-shouldered physique, chiseled face and experience playing tough and haunted characters.

Warner Brother President Greg Silverman feels that Affleck perfectly fits the part of Batman. Ben’s role as an actor will counterbalance Henry Cavil’s Superman role. Ben will portray an older, wiser man to that of Clark Kent. Affleck will pull off the role wearing the experienced battle scars as a super fighter while still retaining billionaire Bruce Wayne’s eloquent charm.

Although with Ben being a successful actor, director and now Superhero, Actress Jennifer Garner, who is mother to their 3 children Violet 7, Seraphina 4. And Samuel 17 months, admits that down the road her husband may just eventually become involved in politics.

In 2010, Affleck founded The Eastern Congo Initiative, a U.S. based advocacy and grant initiative focused on working with and for people in the Eastern Congo. Ben feels he can do more good for people politically being outside the system rather than inside.

On a Ben Affleck spoof Twitter account, 12,000 followers have amassed the site with their tweets good and bad, while Ben Affleck the new Batman has yet to Tweet back.