While Schools Get Healthier Kids are Becoming Magical (video) 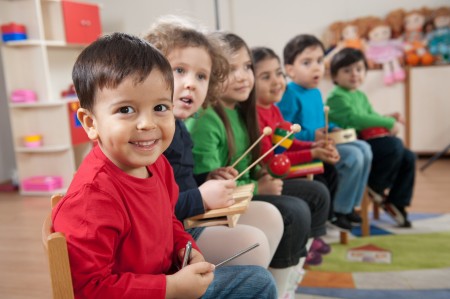 Not that there is any correlation between the two, but schools are finally working to improve the food situation toward providing healthier food options, while at the same time kids are starting to show up with previously unseen abilities.  Who knows, maybe the two are related?  Or maybe we are just getting smarter to match the smart kids that are showing up in today’s world.  While schools get healthier is seems that kids are becoming what some might call “magical.”

At 17 months, a little girl named Elizabeth Barrett started reading two word phrases.  Aimi Kobayashi, born in Japan, was a piano prodigy at age 4, and Wendy Vo was speaking 11 languages fluently by the age of 9. Today, there is a boy in China,  Nong Yousui, who can see crystal clear in the dark.  That’s right, in the dark.

If you thought reading, speaking and piano playing early was indicative of super powers, how about reading and answering written questions in complete darkness?  That’s what Nong Yousui can do, and it is amazing people everywhere.

Born with blue eyes, rather than the native darker colored eyes, his parents were a little concerned and asked doctors about his unique eye color.  They told him not to worry, that his eyes would likely change as he grew older, but this did not occur.   The doctors in China have looked at Nong’s eyes and are startled to see them glowing a neon-like green when light is shown in them.

There is another boy, Ram Bahadur Bomjon, affectionately named “Buddha Boy” who is now a teenager in Nepal. They call him “Buddha Boy” because he has gone without food or water for 10 months. Discovery channel filmed him for four days and nights and nights without interruption. They concluded, after 96 hours of meditation, without stopping for food or water, that this boy had defied modern science. They have created a short documentary you can watch below.

Perhaps you have heard of Jacob Barnett, who was diagnosed with severe autism at age 2, but is now on track to get his PhD in Quantum physics at age 14?  This boy has an IQ of 170, thought to be higher than that of Albert Einstein. Who are these amazing kids and does our public school system really have anything to do with them?

The Center for Disease Control and Prevention conducted a study recently showing national improvements in the over-all nutrition offered in our schools. “Schools play a critical role in the health and well-being of our youth,” says the CDC director Tom Frieden. But is scaling back the number of soda pop machines and candy bars really qualify as “getting healthier?” I mean, only 43% of schools in 2012 had let go of soda and candy bar machines, which means our kids are eating junk food, just not at as many schools.

While schools may be getting marginally healthier, our kids are becoming magical, perhaps in spite of the educational opportunities around them. Do our schools contribute to healthier, smarter kids? Or rather, do our kids just come in that way – and it’s our job to cultivate an environment for them in which they can thrive and develop their true talents and abilities? There is much to say about this subject, as more and more kids are accessing what could be termed ‘psychic abilities’ and ‘magical powers’ such as seeing in the dark. For now, we’ll just ask the question – what ‘box’ do we want our kids to fit into, if any? And how can we best support their amazing individual uniqueness as it attempts to blossom? Perhaps they will be the ones to tell us.